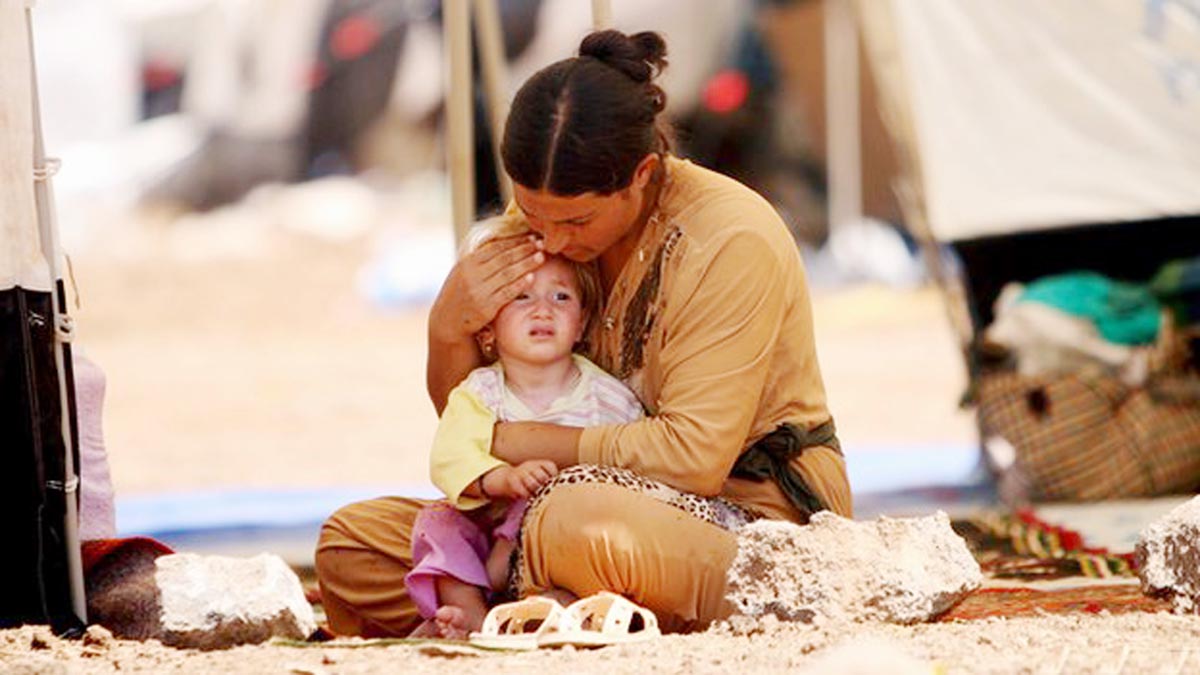 A refugee woman from the minority Yazidi sect who fled from Sinjar at a refugee camp in Qamishli.

The United Nations agency for refugees is launching a major aid operation to reach more than half a million people displaced by fighting in northern Iraq.Supplies will be sent via airlift, road convoys and sea shipments through Turkey, Jordan, the United Arab Emirates (UAE) and Iran.A UN spokesman called it "a very, very significant aid push".Militants from Islamic State (IS) have captured parts of northern Iraq and are fighting Iraqi and Kurdish forces.The UN's World Food Programme says it has already served up more than a million meals to displaced people in the past two weeks alone.Tents and other goods will be included in the aid packages to be delivered to refugees to try and tackle the escalating humanitarian crisis.The aid push comes as Western powers step up efforts to stem the advance of Islamic militants by supporting Kurdish and Iraqi government forces in northern Iraq.On Monday, US President Barack Obama said that the Mosul Dam in northern Iraq had been recaptured by Kurdish forces, a key gain against the militants who had earlier taken control of it.