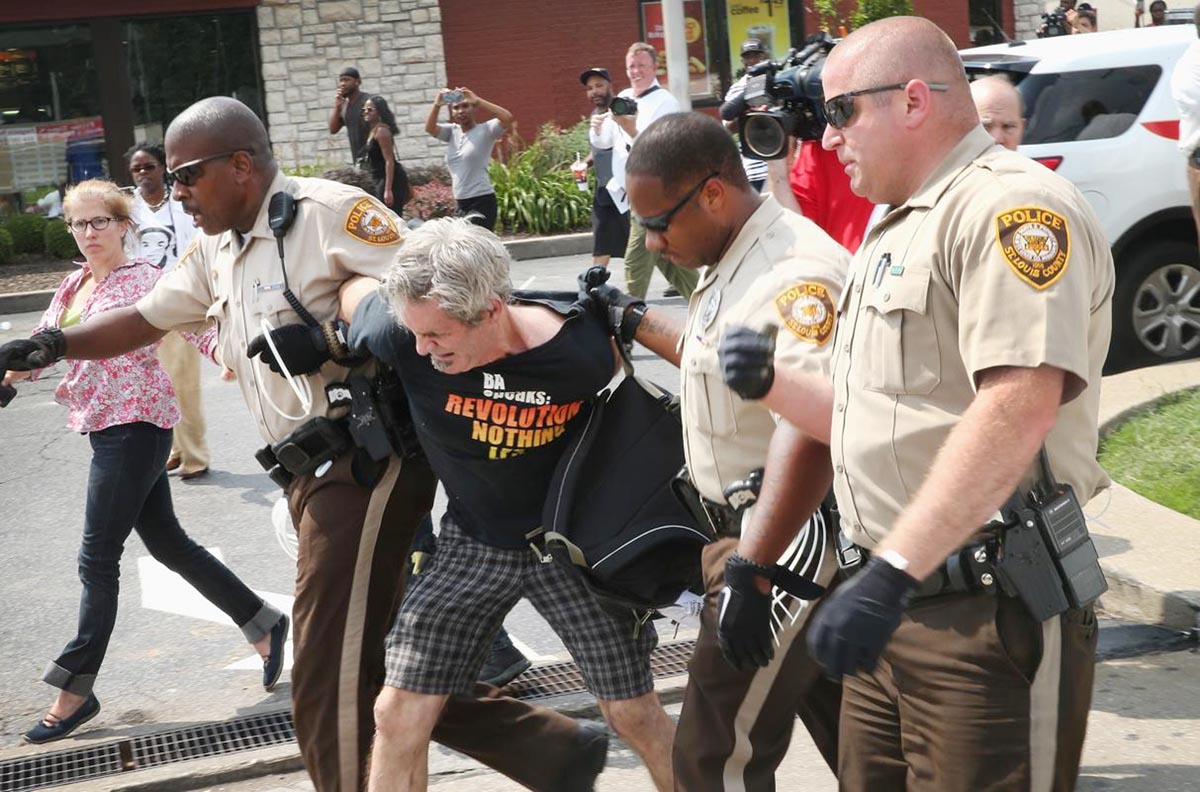 US police say they have arrested 31 people during another night of angry protests in the town of Ferguson in the state of Missouri.Unrest flared hours after President Obama called for calm following the fatal police shooting of unarmed black teenager Michael Brown on 9 August.The US attorney general is due to visit Ferguson on Wednesday to meet federal officials investigating the killing.The National Guard has been deployed to support police operations.Missouri Governor Jay Nixon announced the deployment on Monday, in addition to lifting a night-time curfew imposed on the weekend.The killing of Mr Brown by a white policeman in a street has inflamed racial tensions in the largely black community of Ferguson.A new poll by the Pew Research Center has found US reaction to the police killing of Michael Brown falls along distinct racial lines.Officer Darren Wilson shot the teenager last week after reportedly stopping him for walking in the street.Police Captain Ron Johnson said officers were forced to use tear gas and stun grenades on Tuesday after they came under "heavy gunfire" and were attacked with petrol bombs and bottles.He said two people were hit by gunfire from demonstrators, insisting that officers did not use their weapons.Capt Johnson appealed to demonstrators to protest in the daytime to prevent a "tiny minority of law breakers" from deliberately sparking violence."Anyone who has been at these protests understands that there is a dangerous dynamic in the night: it allows a small number of violent agitators to hide in the crowd and then attempt to create chaos," he told journalists.Those arrested include people from other states, including New York and California, Capt Johnson said. Correspondent say this suggests the protests are becoming more organised.In an earlier statement, US Attorney General Eric Holder said he would "personally travel" to Ferguson on Wednesday to meet FBI investigators and prosecutors."I realise there is tremendous interest in the facts of the incident that led to Michael Brown's death, but I ask for the public patience as we conduct this investigation," Mr Holder said.He added that the investigation into the shooting of 18-year-old Mr Brown was "a critical step in restoring trust between law enforcement and the community, not just in Ferguson, but beyond".Separately, President Barack Obama said he understood the "passions and anger" provoked by the death of the teenager.