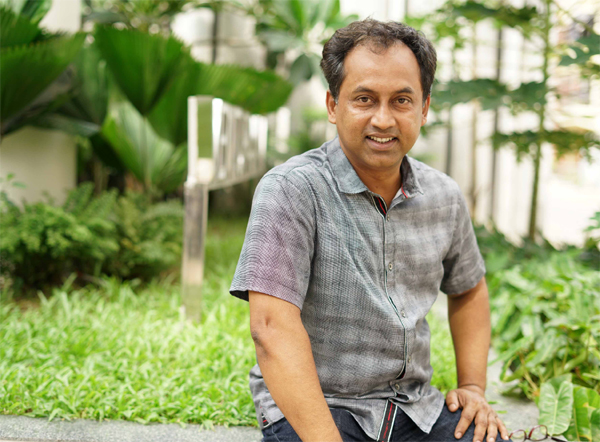 Entertainment Report :
Rahmatullah Tuhin is one of the noted play directors of present time in the country. He has been making TV plays for two decades. He has been attached with theatre play during his childhood. Later he started to give direction. If we look into his directed popular drama serial Khonikaloy then we can realise about his direction.
Therefore, Kakra Phuler Mala, Gontobbyo Niruddesh, New York Theke Bolchhi, Kokkho Number 52 and Annyo Sokal are also viewersâ choice his directed mentionable works.
This noted director has made a short film titled The Brand New Friendship in Australia. Recently he received the Standard Award for making this short film. While talking about receiving the award Rahmatullah Tuhin said, âAn award always inspires a director to do better work. I always try to make literature-based dialogue in my works. There is lack of literature-based dialogue based script. Basically a good play depends on good script.â
Tuhin also informed that with Apurba of Bangladesh and Australian actress Lara Jesinta Tuhin has made a telefilm titled One & Only under the story written by Zia Uddin Zia. Most of the dialogues are in English. There are also Bengali subtitles in the telefilm which will be aired in a satellite TV in upcoming Eid. He has also finished making of another telefilm titled Alokborsho Durey. He made this telefilm in Australia using technicians of that country where Wahida Mollick Jolly and Salman Arif acted.Â Â Â Â Â Â Â Â