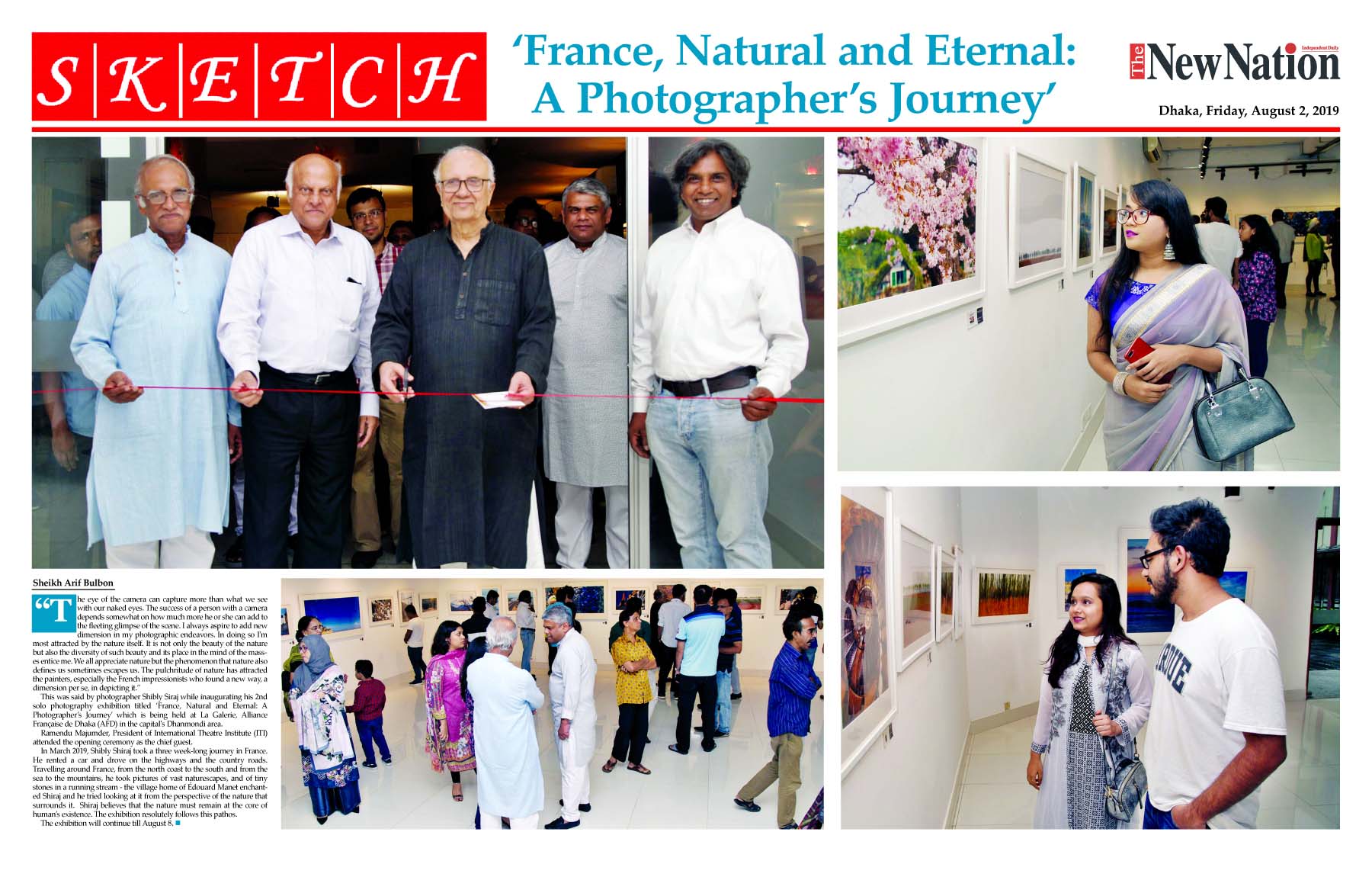 Sheikh Arif Bulbon :
The eye of the camera can capture more than what we see with our naked eyes. The success of a person with a camera depends somewhat on how much more he or she can add to the fleeting glimpse of the scene. I always aspire to add new dimension in my photographic endeavors. In doing so Iâm most attracted by the nature itself. It is not only the beauty of the nature but also the diversity of such beauty and its place in the mind of the masses entice me. We all appreciate nature but the phenomenon that nature also defines us sometimes escapes us. The pulchritude of nature has attracted the painters, especially the French impressionists who found a new way, a dimension per se, in depicting it.â
This was said by photographer Shibly Siraj while inaugurating his 2nd solo photography exhibition titled âFrance, Natural and Eternal: A Photographerâs Journeyâ which is being held at La Galerie, Alliance FranÃ§aise de Dhaka (AFD) in the capital's Dhanmondi area.
Ramendu Majumder, President of International Theatre Institute (ITI) attended the opening ceremony as the chief guest.
In March 2019, Shibly Shiraj took a three week-long journey in France. He rented a car and drove on the highways and the country roads. Travelling around France, from the north coast to the south and from the sea to the mountains, he took pictures of vast naturescapes, and of tiny stones in a running stream - the village home of Ãdouard Manet enchanted Shiraj and he tried looking at it from the perspective of the nature that surrounds it.Â  Shiraj believes that the nature must remain at the core of humanâs existence. The exhibition resolutely follows this pathos.
The exhibition will continue till August 8. n