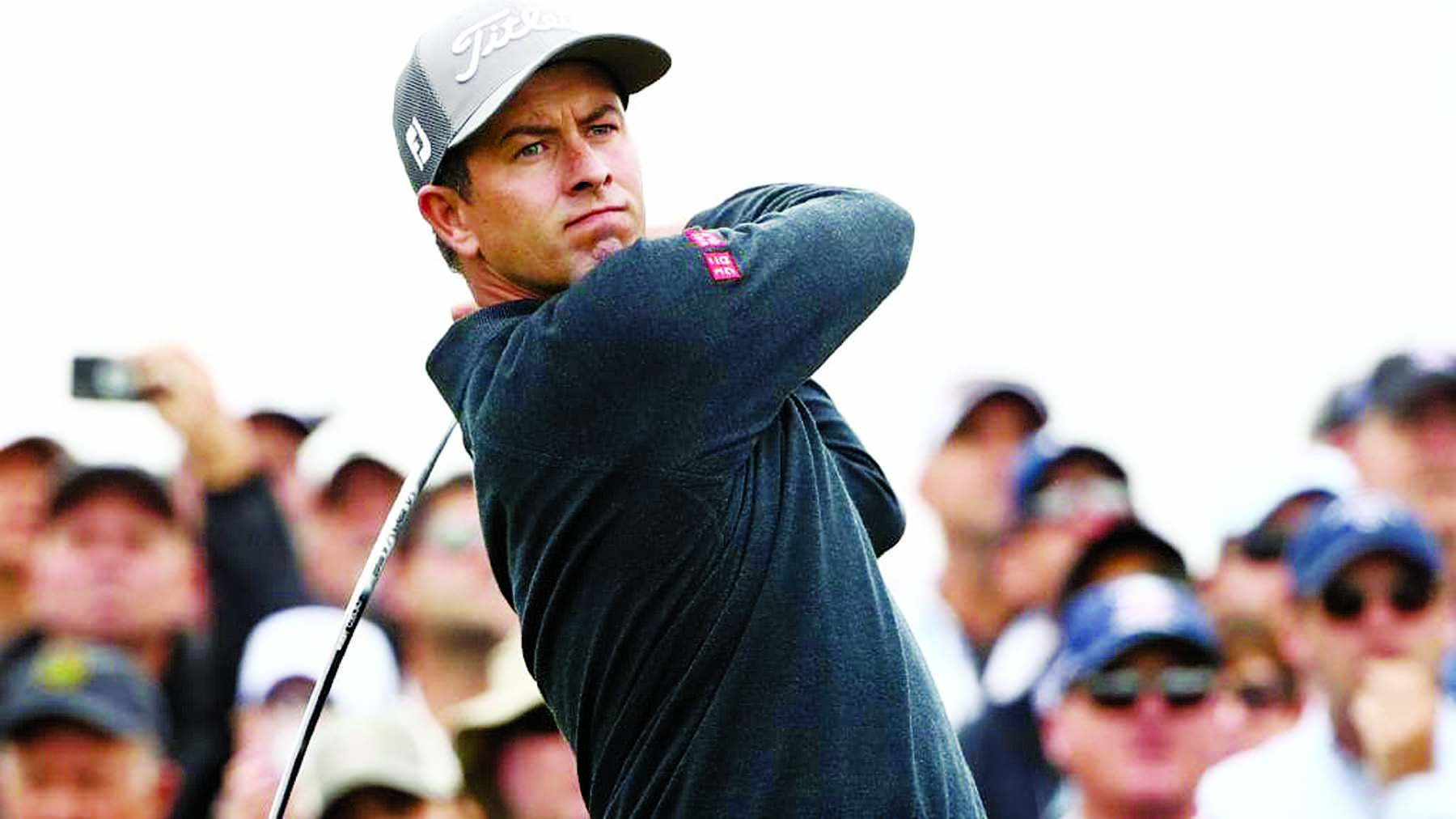 Skipper Ernie Els said Australian Adam Scott could be golf's answer to cricket hero Ben Stokes as the Internationals look to turn the tables on the United States at the Presidents Cup.
The South African faces a daunting task against Tiger Woods' US team at Royal Melbourne from December 12-15, with the Internationals only winning once before in the event's 25-year history.
Els, a big cricket fan, named Scott when asked who could step up like England's Stokes, whose unbeaten 135 gave England a stunning victory in last week's third Ashes Test against Australia.
"He's got so much to give. He's playing in his ninth straight Presidents Cup, so he's the most capped player in the history of the Cup now," he said.
"He's going to be front and centre, one of the leading guys on the team."
Els is banking on home fans to get behind the Internationals, with at least three, and likely four, Australians among his 12-man team.
"I think it's very important that the crowd understand that their home team for the matches is the International side," he said on a conference call Wednesday.
Australians Scott, Marc Leishman and Cameron Smith were among eight automatic qualifiers and Jason Day is widely expected to be one of Els' four captain's picks.
China's Li Haotong, Taiwan's CT Pan, Mexico's Abraham Ancer, South Africa's Louis Oosthuizen and Japan's Hideki Matsuyama are the others on the team so far.
Els hinted heavily that former world number one Day, who has plunged to 23 in the world after a US PGA Tour season in which his best result was tied fourth, would be part of the team.
"There's a bit of time to go, but Jason is obviously one of my favourite guys," he said.
Els mentioned South Africans Erik van Rooyen and Branden Grace as others on his radar for captain's picks, along with Venezuela's Jhonattan Vegas and Canada's Adam Hadwin.
Scott has encouraged Els to be a playing captain, a role that Woods is considering with the United States. But the big South African isn't keen.
"I mean, Scottie has expressed quite a strong mention to me that I should look at myself as possibly a captain's pick, but I keep saying to Scottie, 'I've got a lot of other things on my mind,'" he said.
"It will be very difficult for me to be able to play and captain the side. So there's probably a 99 percent chance I'm not going to play."