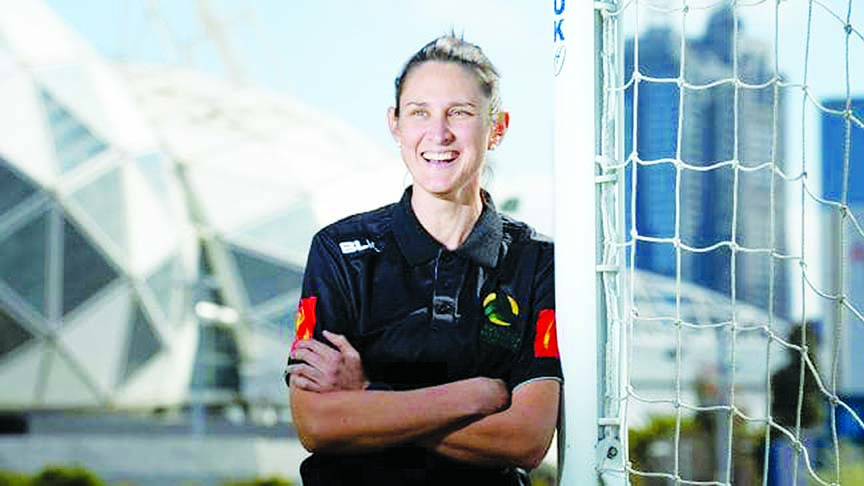 Australia's domestic football league on Saturday appointed its first female referee, with Kate Jacewicz set to take charge of men's games during the upcoming season.
An eight-time referee-of-the-year in the women's W-League, she was one of 11 officials named on the A-League's referees panel.
Football becomes the third men's sport after rugby league and Australian Rules in elevating women to referee roles.
"Kate is without doubt one of the leading referees in the world at any level and we congratulate her on the appointment to the A-League referees panel," said Football Federation Australia chairman Chris Nikou.
Her appointment comes after France's Stephanie Frappart refereed the UEFA Super Cup clash between Liverpool and Chelsea in Istanbul this month.
She was the first woman to officiate a major European men's final, having refereed a Ligue 1 game last season.
Germany's Bibiana Steinhaus became the first female referee in one of the top European leagues when she took charge of a Bundesliga match in September 2017.