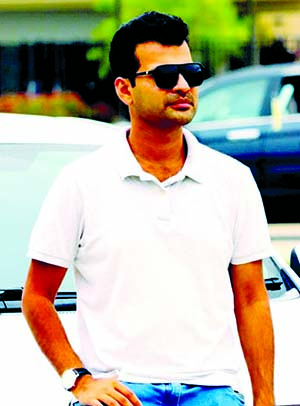 Md Firoz-Ul-Amin Real, a Bangladeshi PhD student of Louisiana State University in the US, has been shot dead reportedly by a robber at a gas station where he was working as a clerk in East Baton Rouge.
Detectives responded to a shooting that occurred at approximately 3:30am on Saturday at the Mr Lucky's Valero Gas Station at 1400 Airline Highway, East Baton Rouge Sheriff's Office said in a statement.
A man entered the building and shot Firoz before robbing the store, the statement said citing reports.
Firoz of 1443 Brightside was pronounced dead at the scene, according to the sheriff's office.
The 29-year-old former executive of Tiger IT graduated from Jahangirnagar University in Bangladesh, according to his LinkedIn page.
He was working under Dr Golden G Richard III, a professor who specialises in digital forensics, memory forensics, reverse engineering, malware analysis, and operating systems, Louisiana's news channel WAFB9 reported, citing a Facebook post of J Ram Ramanujam, director of LSU's Center for Computation and Technology.