Message of His Excellency Chargedâ Affairs 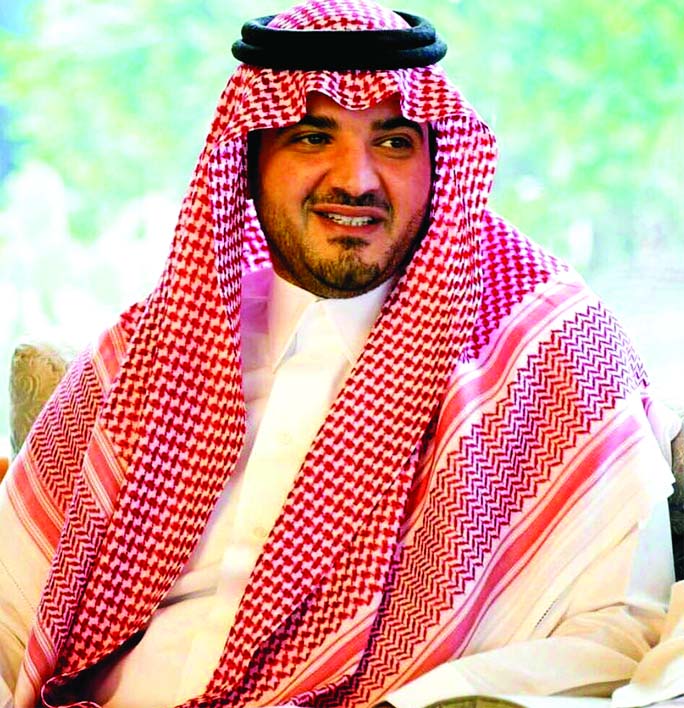 Bismillahir Rahmanir Rahim
All praise is due to Allah lord of the universe, blessings and peace be upon the most honored Prophet and Messenger and his family members and his all companions.
23rd September appearsevery year to remind us of thisprecious day of the unification of the Kingdom of Saudi Arabia, telling us the story of a long struggle that lasted more than three decades led by the founder King Abdul Aziz bin Abdul Rahman Al Saud- May Allah rest his soul -to unify this holy land, which is story of the struggle and success of generations with highly motivation and timeless sacrifices.
Today, under the wise leadership of the Custodian of Two Holy Mosques, King Salman bin Abdul Aziz Al Saud and Crown Prince, His Royal Highness Prince Mohammad bin Salman bin Abdul Aziz Al Saud, Deputy Premierand Minister of Defense -may Allah preserve them. In recent years, within the Kingdom's vision 2030, the Kingdom has witnessed tremendous leaps in all economic, social, cultural and income reforms aimed at comprehensive and sustainable development.
The Saudi-Bangladesh relations are solid and distinctive based on strong religious, cultural and humanity ties. This bilateral relation has witnessed a notable strength and development after the visit of Honorable Prime Minister Sheikh Hasina to Kingdom and meeting with the Custodian of Two Holy Mosques King Salman bin Abdul Aziz Al Saud - may Allah preserve him -as well assuccessive high-level continuous mutual visitsin recent times, which resulted in understanding and signing a numberof bilateral agreements to benefit the both countries and peoples.
I would like to thank the sisterly Government of Bangladesh for its cooperation with the Kingdom to make the "Makkah Route Initiative" successful in this year Hajj Program, one of the initiatives to serve the "guest of Allah" in accordance with vision 2030, aiming to improve the services of pilgrims and facilitate their travel procedures to perform Hajj obligation, through the completion ofimmigration services, checking the availability of health requirements, coding and sorting luggage at the airports of the countries where the pilgrims leave from.
In conclusion, I would like to thank the Government of Bangladesh for its support to the Kingdom of Saudi Arabia in its fights against terrorism and its full condemnation of the terrorist acts of Al-Houthi groupand the attacks on the land of Two Holy Mosques, which targeted civilians and safe residents.
We pray to Allah Almighty that He may protect the Custodian of Two Holy Mosques King Salman bin Abdul AzizAl Saud and His Royal Highness the Crown Prince and the generous Saudi People and make the blessings of safety and security everlasting.
Wassalamu Alaikum Wa Rahmatullahi Wa Barakatuh.