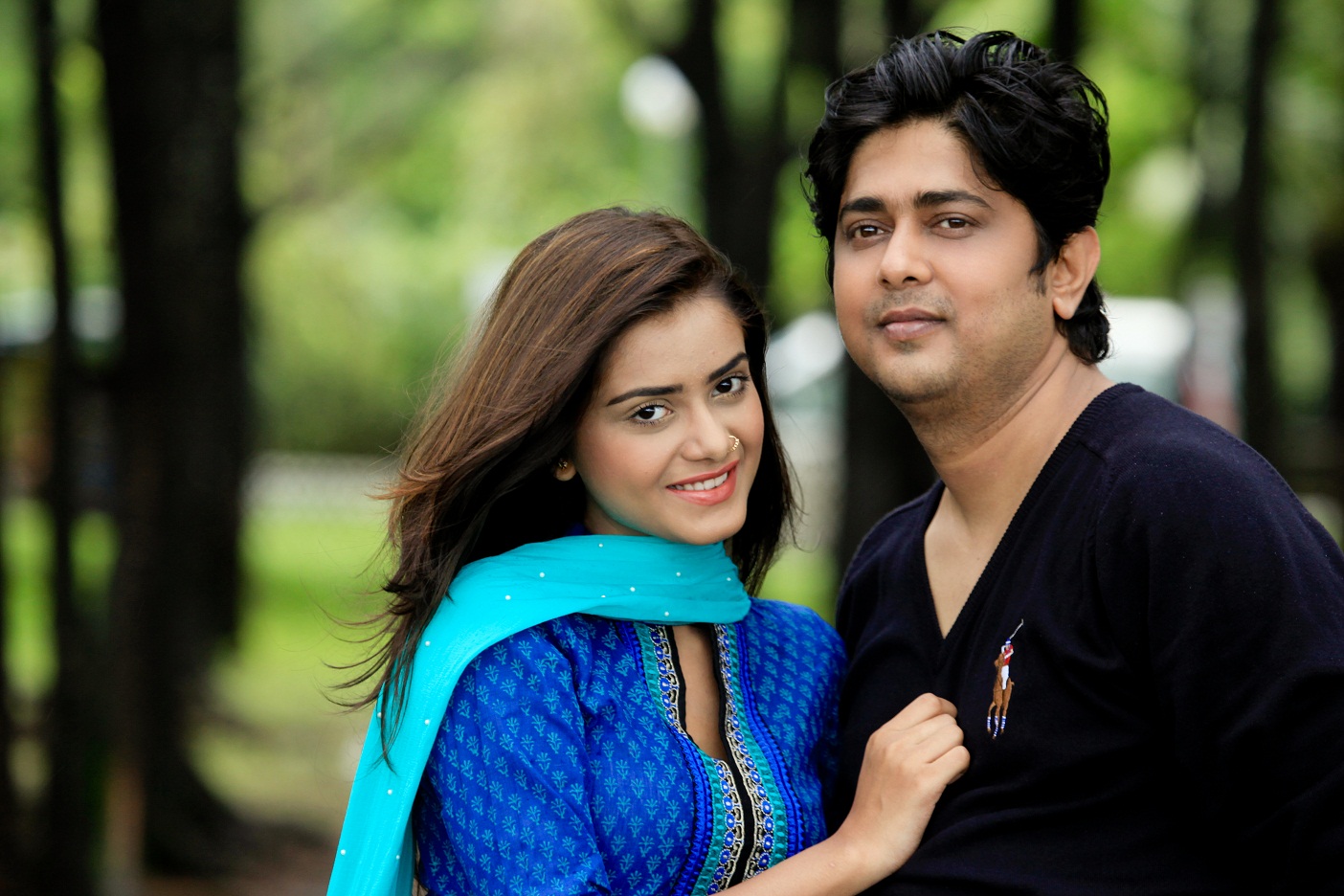 Arshad Adnan is basically a banker. Besides this profession, he is also a busy media personality of present time. Due to his professional work he can not give more time to acting. But when he likes the story and role of any play he tries to manage time for acting in the play.
Story of Kath Golap-er Golpo is that type of play. This TV screenplay was directed by Sajjad Sumon under the script written by Shetu Arif. For the first time, promising actress Tanjin Tisha acted against him in this screenplay.
Concept of the screenplay is really new. For this reason, its director Sumon didnât want to disclose it. But he informed that there is something unexpected things in the play casting Tanjin Tisha and Arshad Adnan which will be watched by the viewers after its airing.
While talking about the screenplay Arshad Adnan said, âDue to necessity of the story of the screenplay itâs shooting was taken place in Coxâs Bazar. My role was Rubayet, which is a very challenging character. I couldnât understand that I would act so well in the TV screenplay. It was my first work with Tanjin Tisha. It was really an enjoyable work. I think viewers will also enjoy the play.â
Tanjin Tisha shared her feelings by this way, âThe full unit was friendly. Though it was my first work against Adnan bhai, he was very much cordial. I was really impressed working with him in the screenplay.â
Produced under the banner of Versatile Media the TV screenplay will go on air on Maasranga TV on the occasion of coming Eid-ul-Azha, said Adnan.
It may be mentioned that Arshad Adnan started to produce TV play in 2009. He first acted in Raihan Khanâs a play titled Professional. Recently Adnanâs acting in Biporit Bindu, directed by Rahmatullah Tuhin, and Prem-er Pandulipi, directed by Mehedi Hasan Somen, were appreciated to the viewers.
On the other hand, for the last few years she was engaged only with modeling Tanjin Tisha again started acting in Redoan Roniâs Eid play U-Turn. She is engaged with dancing from her childhood.
Tanjin Tisha started her career in media by performing as a model in a television commercial (TVC) of Robi under the direction of Amitabh Reza.
Later she also performed as a model in TVCs of Parachute, Igloo, Polar Ice-cream, Fresh Water, etc.Â  Â
After preparing herself Tanjin Tisha started her acting career in media. Hailed from Bhedorganj of Shariatpur Tanjin Tisha has passed HSC this year.Â Â Â