Funeral for black teenager killed by US cops 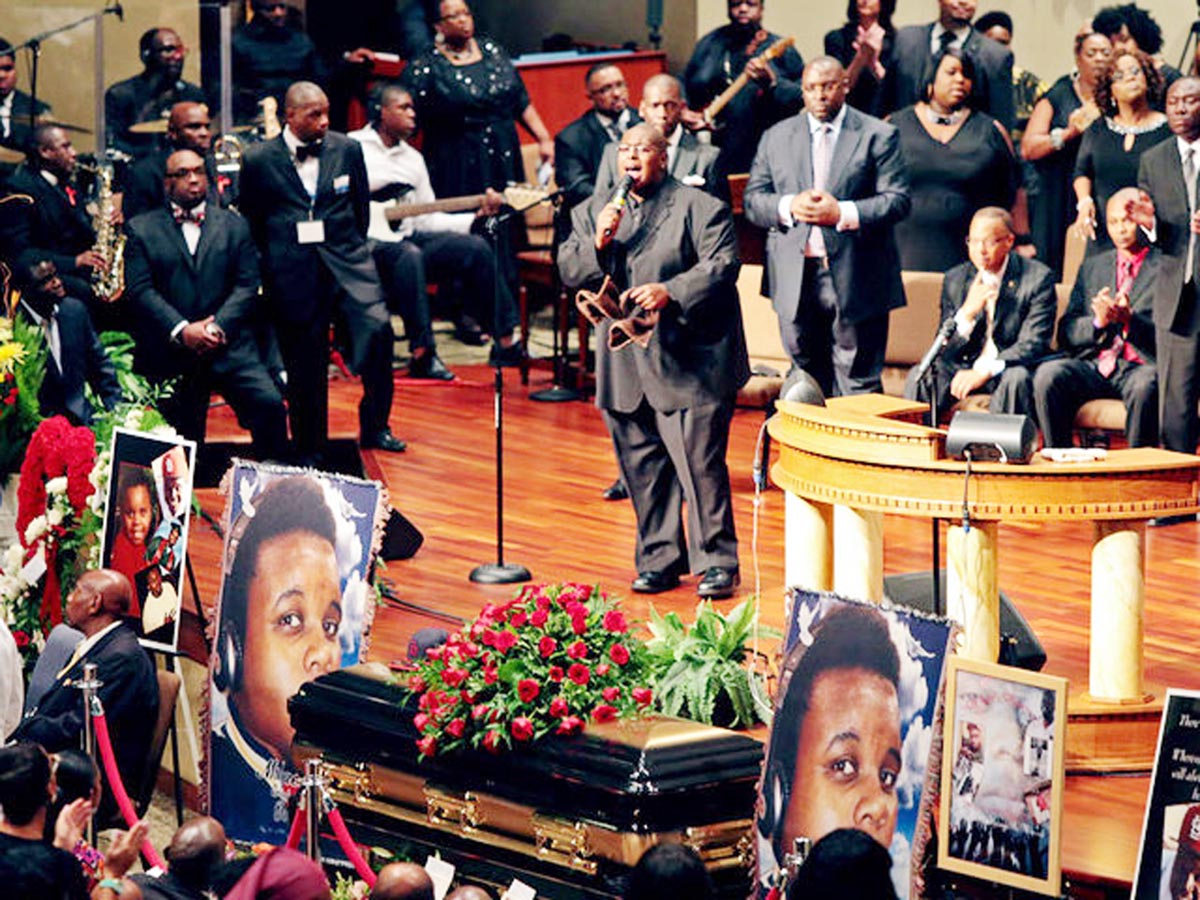 Hundreds of people have attended the funeral for the black teenager killed by police in Ferguson, Missouri.
Mourners at the Friendly Temple Baptist Church in St Louis sang, prayed and remembered the life of Michael Brown.
Brown, 18, who was unarmed, was killed on 9 August after being stopped by a white police officer for walking in the middle of the street.
His death sparked days of protests and violent clashes, but tensions appear to have eased in recent days.
Two poster-sized photos of Brown were placed inside the church near the casket, along with another photo of him as a small child. Those in the church sang, clapped and danced to gospel music before the service started. Brown's family addressed mourners, describing Michael as a gentle soul.
His cousin, Eric Davis, said his generation had stood up to what had happened in Ferguson. Guests wait in line to enter the Friendly Temple Missionary Baptist Church in St Louis Mourners say they want to support the family of shot teenager Michael Brown
"We have had enough. We have had enough of having our brothers and sisters killed in the streets," he said. "Hear our voice. We have had enough of this senseless killing." Addressing the mourners, civil rights leader Rev Al Sharpton said people had a right to protest without police intimidation.
"America is going to have to come to terms when there's something wrong, that we have money to give military equipment to police forces, when we don't have money for training and money for public education," he said.
Missouri Governor Jay Nixon did not attend, while President Barack Obama sent three White House aides to represent him.