Success and transformation of agriculture and it's institutions towards achieving SDG 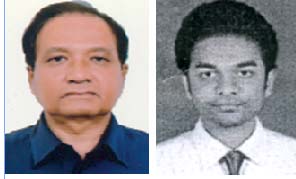 (Dr. Wais Kabir is an eminent Agricultural Research Management Professional joined at Krishi-Gobeshona Foundation (KGF) as Executive Director on 13 April, 2017. He served to Bangladesh Agricultural Research Council as Executive Chairman during 2009 to 2013. During this period, he successfully coordinated research and development of the twelve National Research Institutes of Bangladesh. Dr. Kabir also served as the Chairman of the General Body & Board of Directors of KGF. He made a major reorganization of the SAARC Agriculture Centre as the Director of the international Centre. Also Dr. Wais Kabir worked with Food and Agricultural Organization of United Nations for three years and was responsible for mapping exercise of water logging with South-West part of Bangladesh. During his stay at FAO, he performed as a member of international panel of experts with the Netherland Government project.
Dr. Kabir has a good number of publications in reputed national and international Journals.
Email:[email protected],[email protected], [email protected])

(Md. Sazzadur Rahman Sarker is a Junior Specialist (Technical) in the Krishi-Gobeshona Foundation, Dhaka. He was Research Assistant, Bureau of Socio-Economic Research and Training BAU, Mymensingh. He was Research Associate in the Department of Environmental Science & Management, NSU, Dhaka. )