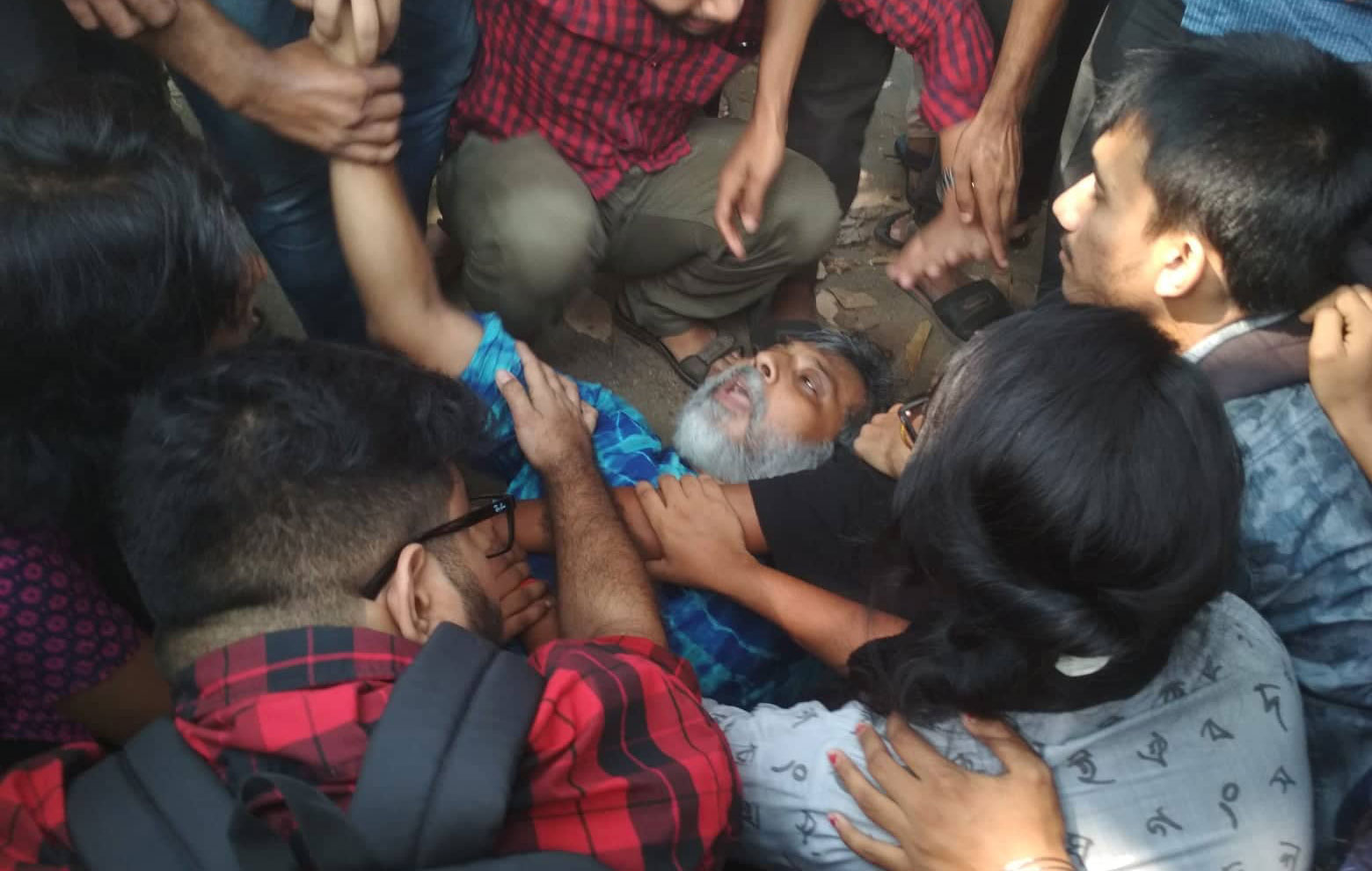 A faculty member seen lying on the ground during a clash in Jahangirnagar University on Tuesday, November 5, 2019 Dhaka Tribune

The attacked took place during a protest, held demanding the vice chancellor's resignation
Jahangirnagar University (JU) has been shut down for an indefinite period of time after 25 people were injured in an attack on the campus.
The authorities made the announcement after an emergency meeting held at the new administration building of the institution on Tuesday afternoon.
Rahima Kaneez, acting registrar and also syndicate secretary of the university, confirmed the matter.

She said: "Students have been asked to vacate the residential halls by 4:30pm today [Tuesday]."

Earlier in the day, at least 25 were injured in an alleged attack by Chhatra League during a protest program, demanding resignation of Vice Chancellor Prof Farzana Islam.

Professor Tareq Reza of JU Bangla department, also one of the protesting teachers, told Dhaka Tribune that among the injured, eight were teachers of the institution, three were journalists on the spot and the rest were students of the university,

The protestors were attacked by a group of Chhatra League men, led by the university's Chhatra League President Jewel Rana, around 12pm while staging a sit-in protest in front of the vice chancellor's residence. â Courtesy by Dhaka Tribune