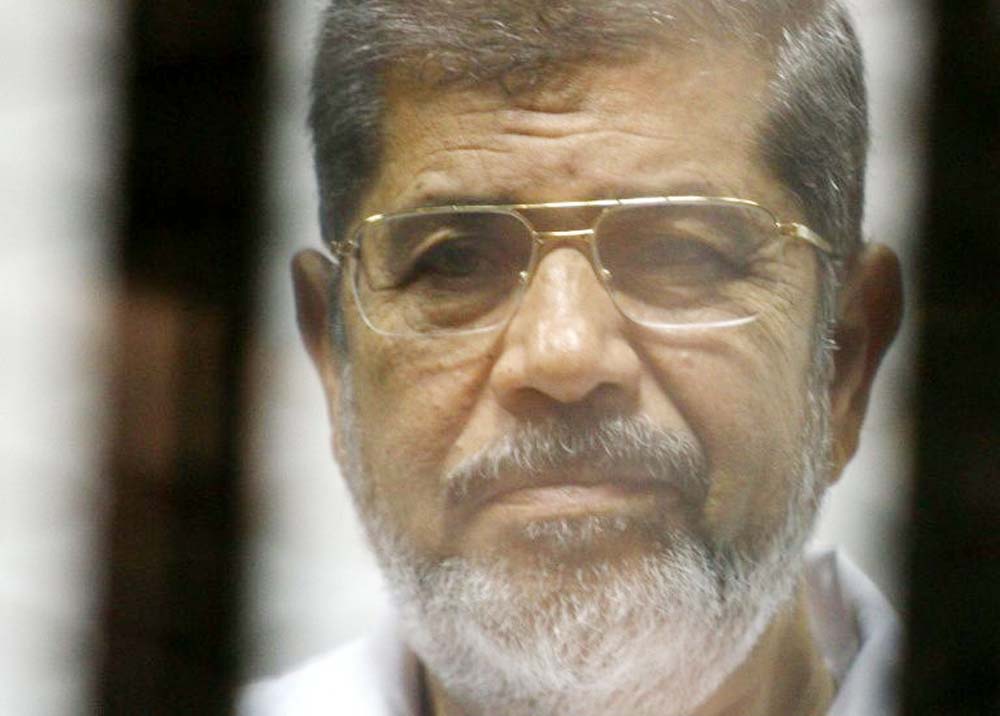 AFP, Geneva :
An independent panel of United Nations experts said Friday the death of former Egyptian president Mohamed Morsi in June could amount to "a state-sanctioned arbitrary killing".
"Morsi was held in conditions that can only be described as brutal, particularly during his five-year detention in the Tora prison complex," a statement said.
His death "after enduring those conditions could amount to a state-sanctioned arbitrary killing", the experts added.
Egypt's first democratically elected civilian president Morsi died in June after collapsing in a Cairo courtroom while on trial. President Abdel Fattah-al Sisi led the military ouster of the Islamist leader in 2013 when he was head of the army. Morsi, who belonged to the now outlawed Muslim Brotherhood, was overthrown after a tumultuous year in power.
He spent nearly six years in solitary confinement where the panel said he "was denied life-saving and ongoing care for his diabetes and high blood pressure".
The experts noted Friday that "authorities were warned repeatedly" about his deteriorating health to the "point of killing him".