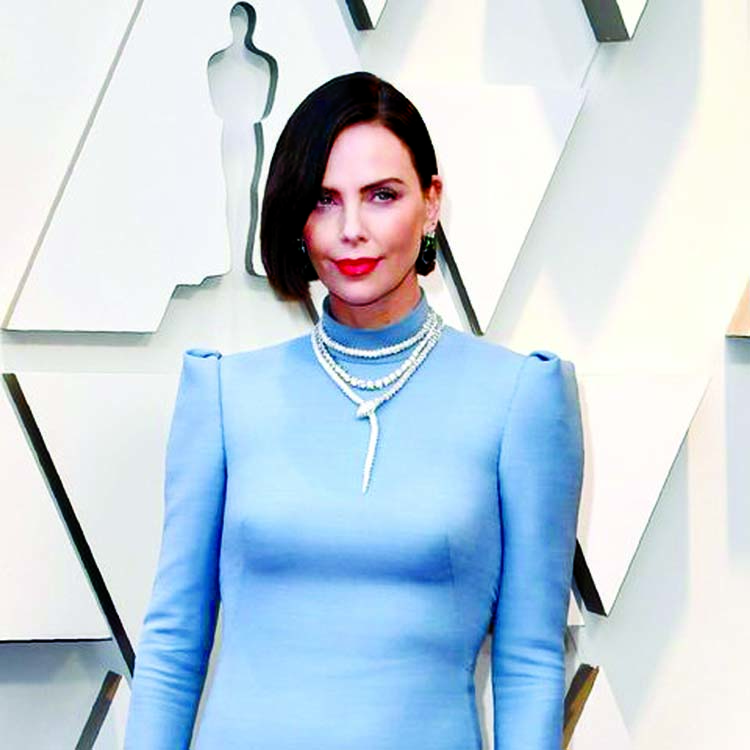 Charlize Theron was honored by Hollywood Friday for a "fearless" career in which she tackled themes
including sexual harassment long before the #MeToo movement up-ended the industry.
The 44-year-old South African Oscar-winner, who has often played down her flawless looks to win darker, more complex parts, collected the prestigious American Cinematheque Award at a Beverly Hills gala.
"I'm overwhelmed - I need a cocktail!" she told AFP as stars including Kristen Stewart, Seth Rogen, and David Oyelowo gathered to honor her career."These people who are here tonight have been with me through a lot of stuff."
Theron won the best actress Academy Award in 2004 with her turn as prostitute and serial killer Aileen Wuornos in "Monster." She earned Hollywood's respect with a visceral performance which saw her pack on 30 pounds (14 kg) and render herself unrecognizable with makeup and prosthetics to play the unappealing murderer.