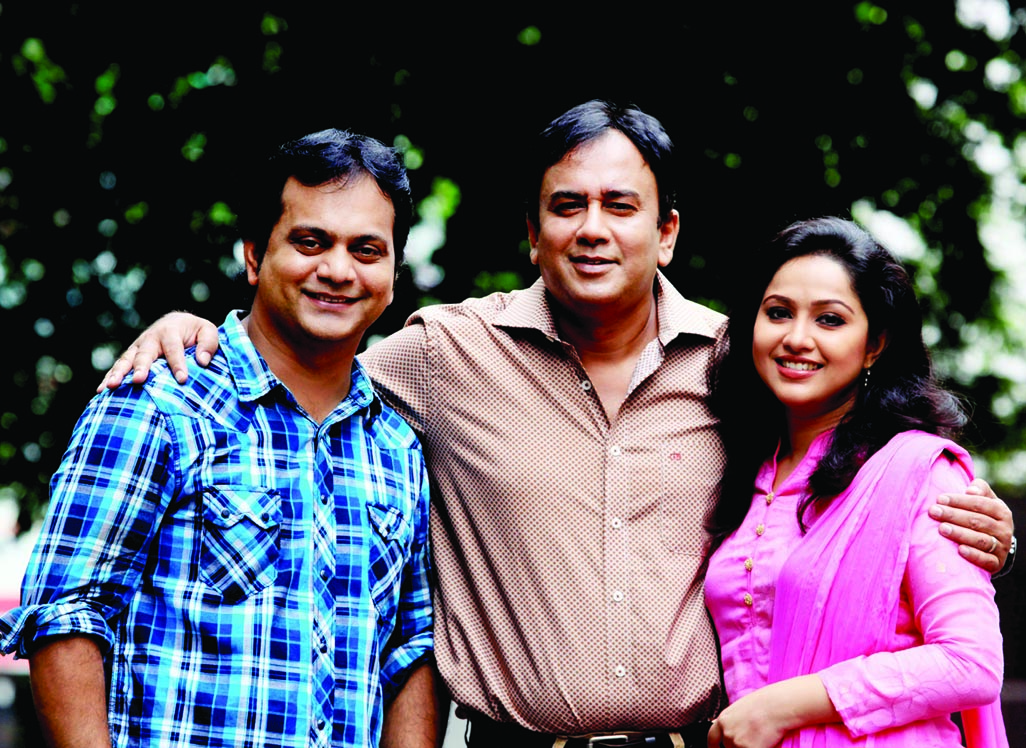 For the last two years popular TV actor and play director Mir Sabbir has been made sequel plays of Alal-Dulal under his own written story. Two years ago, he first made Alal Dulal Prothom Potro where Zahid Hasan acted in role of Alal, while Sabbir acted in role of Dulal.
After getting positive response from the viewers from the beginning Sabbir has been making the sequel plays.
As a part of its continuation, on the occasion of coming Eid-ul-Azha, Sabbir has been made another sequel titled Alal Dulal Ponchom Potro. Like previous times besides acting in the play, Sabbir has also given its direction. This time popular TV actress Nadia has acted against Sabbir and Zahid Hasan in the play.
Last week shooting of the play was taken place in different places in the city including Nazrul Institute in Dhanmondi area. While talking about making the sequel play Sabbir told this correspondent, âIt is very delightful that I always receive viewersâ demand to make sequel play of Alal Dulal. There is also pressure from the satellite channel to make the sequel play. For this reason, I have been making the sequel plays for last two years. I am giving a special thanks to Zahid bhai. He has been giving support me from the beginning as like my elder brother. If he didnât support me, I could become difficult for me to make the play.â
Zahid Hasan said, âNow-a-days, Sabbir is doing well both in acting and giving direction. He is as like my younger brother. I feel good when I can cooperate him. Therefore, he is showing respect me like elder brother. I always wish his success.â
Nadia shared her feelings by this way, âEarlier I had worked under Sabbir bhaiâs direction. One thing can be said that overall Sabbir bhai is a well-behaved person.â
The play Alal Dulal Ponchom Potro will go on air on ATN Bangla, Sabbir said.
Meanwhile, today is the birthday of Nadia. She always tries to celebrate her birthday with family members. âThough I had planned to celebrate the day along with my family members outside the residence, due to hartal it will not be possible,â she said.
However, Sabbir is now in London. He will return to Bangladesh after two weeks.
On the other hand, Zahid Hasan has already finished three plays of Eid-ul-Azha under Shamim Zamanâs direction. These are: Hiyar Majhey Lukiye Chhiley, Thappor and Bhondo Daktar. Raji Ali, Hasin and Badhon acted against him respectively in these plays, Zahid said.Â