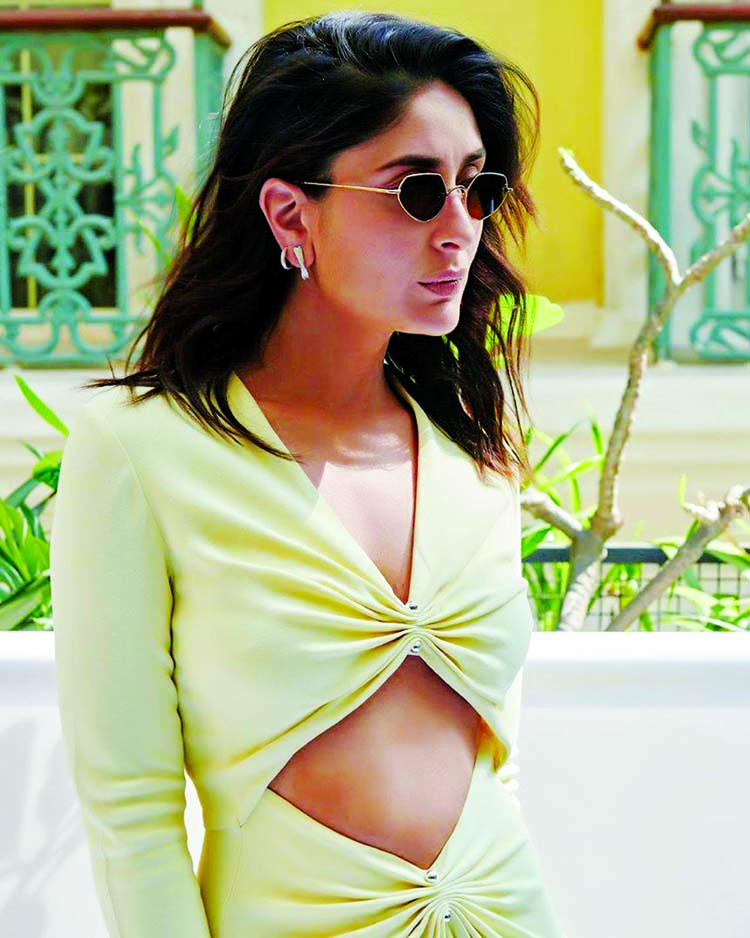 Kareena Kapoor Khan needs no introduction when it comes to fashion and style. She can pull off any sartorial style with utmost grace and elegance. The actress is currently gearing up for her upcoming film Good Newwz starring opposite Akshay Kumar.
The makers of the film have released the much-awaited trailer of the comedy entertainer today.
A while ago Kareenaâs OOTD for the trailer launch event got surfaced online and her fans are going frenzy over her look. In the photos, Bebe is seen wearing a light yellow colour dress and light brown heels. She accessorised her look with a pair of studs and opted for minimal makeup. Her open wavy hair jazzed up her babe avatar. For the event, she was styled by Sonam Kapoorâs sister Rhea Kapoor. Rhea took to her Instagram to share the alluring pictures of the fashionista.