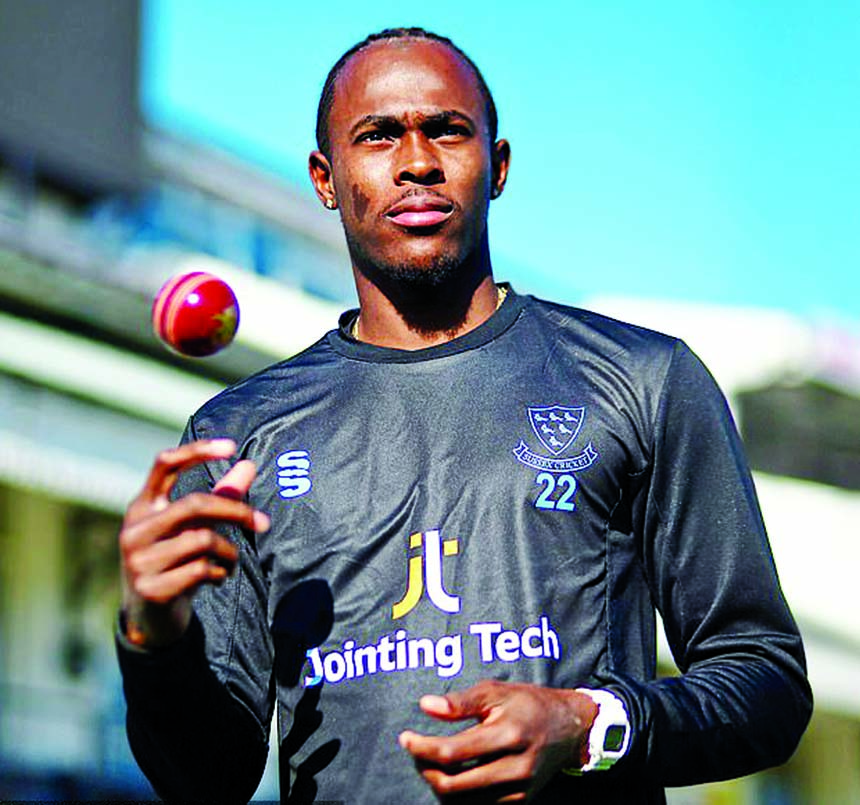 Jofra Archer, the England pacer, has said that bowling to Kane Williamson in the New Zealand Test series will be as challenging as it was against Steve Smith in the Ashes.
Smith, the top-ranked batsman in MRF Tyres ICC Test Rankings, was in excellent form in the 2019 Ashes, accumulating 774 runs in four innings at an average of 110.57. Archer, who was highly-effective in his debut series otherwise - 22 wickets in four games - could not dismiss Smith even once.
The pacer feels that Williamson, the third-ranked Test batsman, will pose a similar threat in the two-Test series in New Zealand. He was unable to dismiss Williamson in two games at the 2019 Cricket World Cup. "I didn't want to be bowling to Steve Smith again any time soon after what happened last summer," Archer wrote on the Daily Mail.
"But New Zealand have Kane Williamson, who isn't going to give you much either. We're probably going to have to try a bit of everything against him, although he plays the short ball pretty well."
Williamson has been New Zealand's most consistent batsman in recent years: since January 2016, he has been their top run-scorer in Tests, with 2268 runs at 56.70. Bowling to him will be a challenge for Archer, who is still in the nascent phase of his Test career.
Another challenge for the fast bowler will be switching to the Kookaburra from the Duke's ball. While the 24-year-old has shown promising signs with the ball early on - seven wickets in two practice games - he believes there's still a lot of work to be done.
"I'd never bowled with the red Kookaburra before, but I knew it was going to be tough and so it proved," he wrote. "People say it has a smaller seam than the Dukes ball we use in England but I'm not sure it has a seam at all. It isn't pronounced on any part of the ball. It doesn't hold its shine either and gets very old, very fast."
Since Archer's Test debut, only three bowlers have taken more wickets than him in the ICC World Test Championship, and all of them have played at least one extra game. "We've heard conditions at Mount Maunganui might be more helpful and there could be a bit more pace, so we'll have to be the judge of that. But that may be something to work with," he wrote.
"When there's nothing on offer from the conditions, you have to try whatever you can. You have to be inventive over here, which is one of the things we've spoken about as a group."
The first Test between New Zealand and England will begin on Thursday, 21 November.