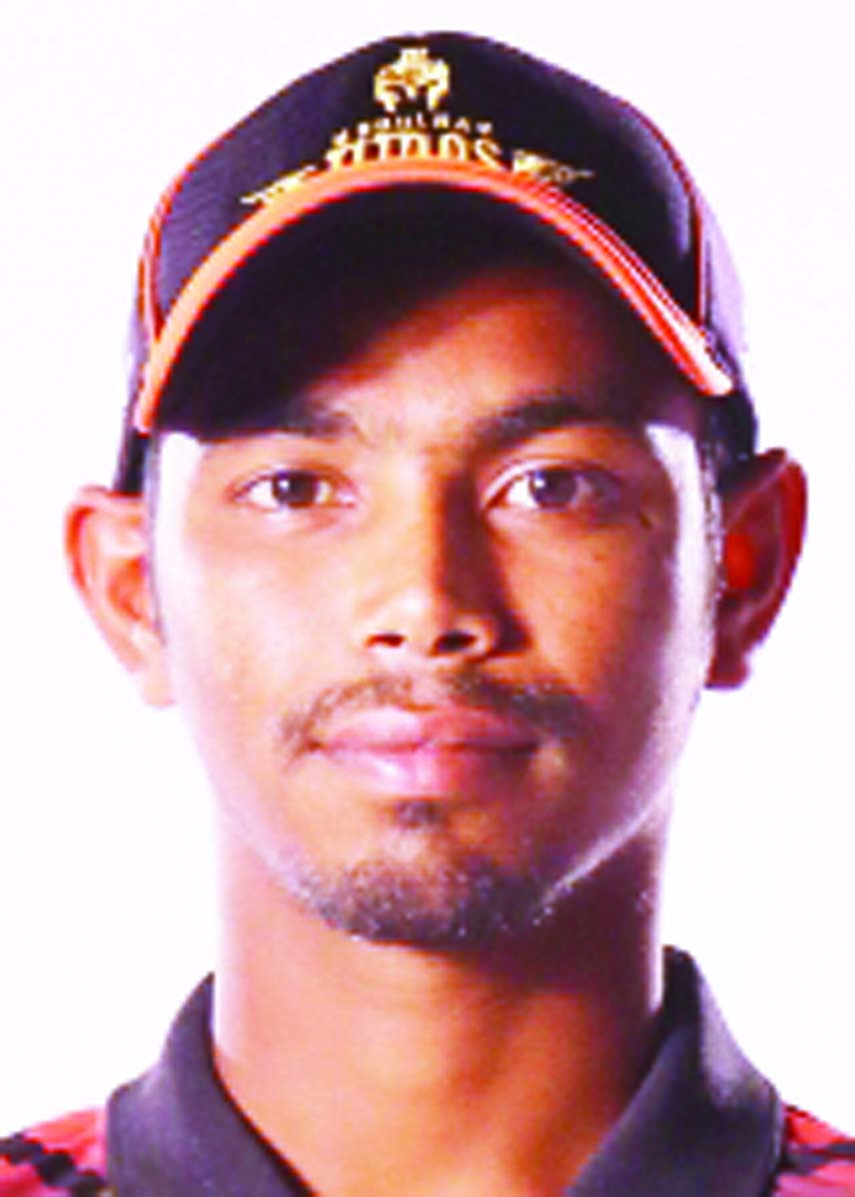 Left-arm spinner Tanvir Islam hogged the limelight with an intriguing show of spin bowling on a wicket that offered bounce and turn aplenty at the Kiritpur, Nepal as Bangladesh demolished Maldives by 109 runs in their opening game of South Asian Games male cricket discipline. The match is predicted to be a mismatch when Bangladesh team, boastedÂ  withÂ Â  several national players, took a team that is ranked 76th in World T20 rankings. But Tanvir made him obvious amongst those who are stars in Bangladesh context.
The spinner, who plays first class cricket for Barishal Division claimed 5-19 in 2.4 overs to help Bangladesh wrap up Maldives for 65, after they put on 174-4.
With the selectors keeping a close eye on the players' performance in this tournament to create a players pool for the World T20, even though it doesn't get official T20 status, Tanvir's performance gives them an option in spin department. As Tanvir wrecked-havoc in a sensational spin bowling, only two Maldives batsmen were able to reach double-figure with opener Evan scoring the highest 12 runs.
But rather than his own effort, Tanvir said that he is happy that Bangladesh made a bright start in their bid to acquire the gold medal in the regional games. "I think we had a perfect start, something what we wanted," Tanvir said after the match. Despite it was the wicket conducive for the spinners, Tanvir added that he resisted him from being over-excited and is trying to maintain good line and length.
"The wicket was turning, which could please a spinner but over-excitement could do harm. So I wanted to make sure that I am bowling in the right areas and as I was able to do that I think it brought me the five wickets," he added. Bangladesh formed a team for this game with players under 23 and according to the rules of the game, they also took three players who are over 23.
No Bangladeshi batsmen however could reach half-century mark with captain Nazmul Hossain Shanto hitting the highest 49 off 38 with one four and three sixes. Soumya Sarkar was the other notable scorer with 33 ball-46 while Naim Sheikh chipped-in-with 38 off 28.