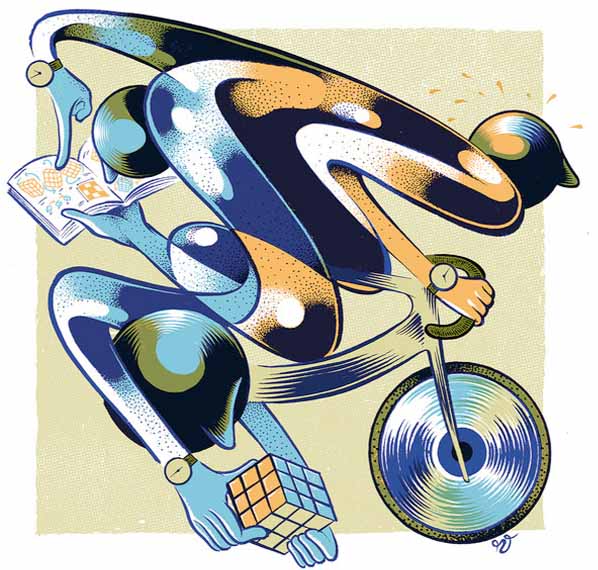 Marlynn Wei :
A new research study published in Health Promotion Perspectives has found that exercise and meditation make a powerful combination for learning and memory in young adults.
Physical exercise and meditation are important options to improve both learning and memory. The same researchers have previously shown that exercise and mindfulness meditation optimizes the brain's executive function, which governs important abilities such as judgment, planning, time management, decision making, and impulse control.
Physical exercise can change growth factor levels in the body, including brain-derived neurotrophic growth factor, and may even improve the connectivity of neurons or blood flow in the brain. Some researchers hypothesize that exercise increases the "neuronal excitability" in different parts of the brain related to memory.
Exercise may also influence memory through other mechanisms such as changes to levels of neurotransmitters or through aÂ  process called synaptic tagging or capturing.
Meditation has been shown to activate neural networks involved in memory retrieval and has been shown to enhance motor memory.
In the new study, researchers compared three groups of young adults: one group that exercised for 10 minutes on a treadmill, a second group exercised and did a 10-minute seated audio mindfulness meditation, and a third group did neither exercise for meditation. The guided meditation used deep breathing exercises and a body scan to cultivate relaxation.
Researchers then tested the learning and long-term memory of these three groups using a standardized assessment called the Rey Auditory Verbal Learning Test, which involves recalling new words both immediately and after 10 minutes. Â
The study found that physical exercise enhanced learning and that combining exercise with mindfulness meditation improved long-term memory. More research is needed to see the impact of regular exercise and meditation on memory and learning.
The study is a powerful example that suggests how as little of 10 minutes of exercise and meditation can be a helpful investment and natural way to improve learning and memory.