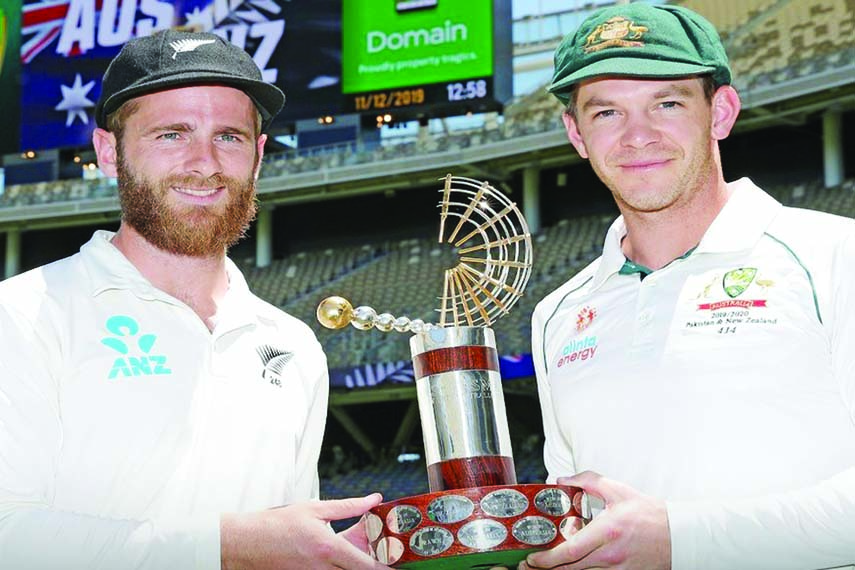 The validity and durability of New Zealand's ranking and run of success in Test cricket will be tested in the sport's most hostile environment when it meet Australia on Thursday to open a three-match series.
New Zealand have risen to No. 2 in the world test rankings after an unbeaten string of seven consecutive series, most recently at home over England.
Those performances and the individual form of players such as captain Kane Williamson, batsmen Ross Taylor and Tom Latham and bowler Neil Wagner, have some observers describing this as the best New Zealand team of all time.
But none of the current squad has played a test match in Perth, Melbourne or SydneyÂ  venues for the seriesÂ  and until they do so, and succeed, it is unlikely they will be able to wear that laurel.
New Zealand have won only one test series in AustraliaÂ  in 1985 when Richard Hadlee and Martin Crowe helped secure that historic achievement. It has won only one of 22 Tests in Australia in the intervening 32 years and overall has won just three of 31 Tests on Australian soil.
Australia won the last test series between the teams in Australia 2-0 in 2015 and the last series in New Zealand 2-0 in 2016.
In one of its most important summers, New Zealand will follow the series in Australia with a home series against No. 1-ranked India. If it wins both series it will pass India to claim the No. 1 ranking for the first time.
But that is tough, perhaps even unthinkable. Australia are in superb form after sweeping Pakistan 2-0, led by the record-breaking batting performances of David Warner and Marnus Labuschagne and the bowling of Mitchell Starc, Pat Cummins and Josh Hazlewood.
New Zealand's inexperience in Australian conditions is perhaps its greatest handicap. It have had no warm-up in those conditions ahead of the first test which will likely be played on a fast and bouncy pitch at the new Perth Stadium, and it have little recent experience of day-night cricket ahead of the pink ball series opener.
It will also face unfamiliar heat: temperatures are expected to touch 40 degree Celsius (104 F) on some days in Perth before cooling in the evening.
The other Test venues are also new to the Kiwis: New Zealand will play the Boxing Day test on a pitch of unknown quality at the Melbourne Cricket Ground for the first time since 1985.