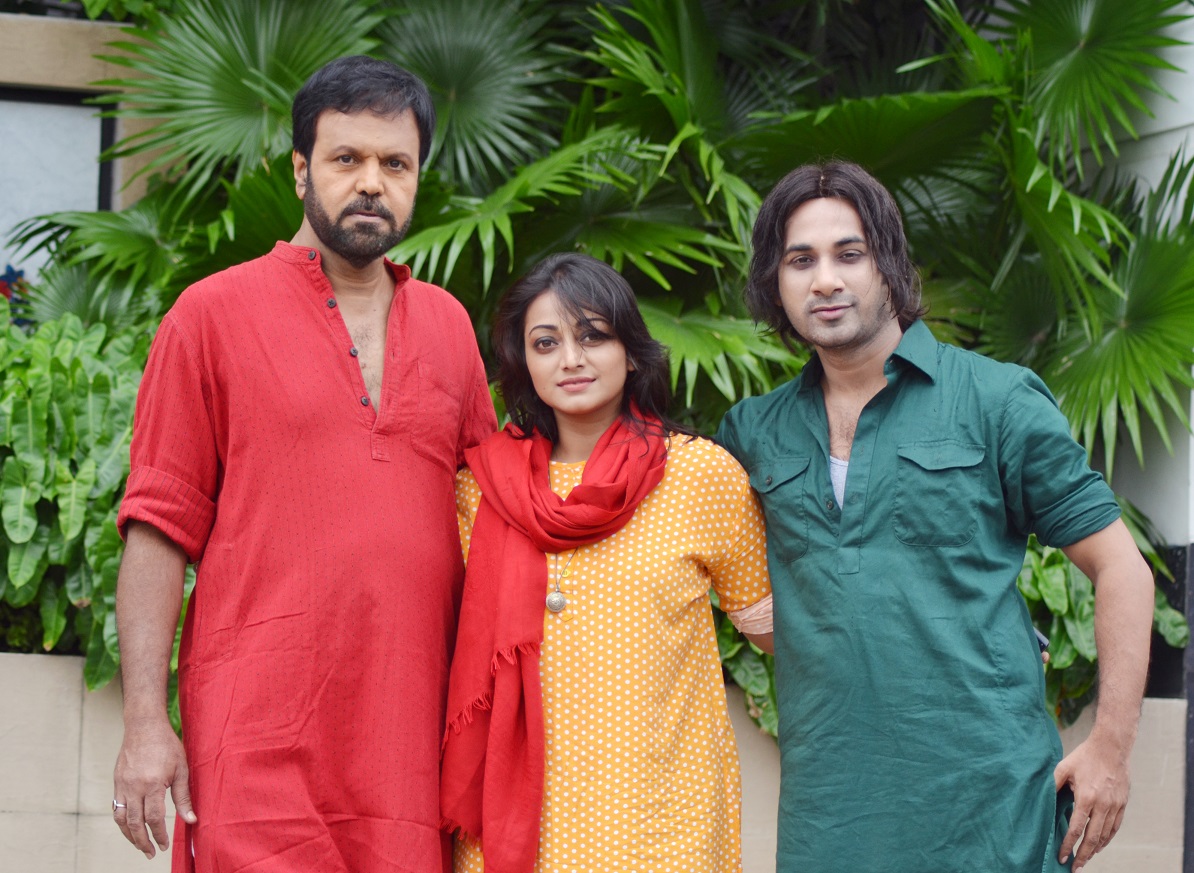 Manik, Morshed alias Moni and Raza are two siblings. Elder brother Moni is a godfather. His younger brother Raza works for him. He plays a role of a terrorist in the society. All on a sudden, they meet film actress Nirjhor.
At one stage, elder brother wants to marry her. But younger brother stood against this decision. Story continues with climax.
Under the story written by Matia Banu Shuku it is the story of a telefilm titled Bhai, which was directed by Ruman Runi. Noted actor Tariq Anam Khan acted in role of Moni Bhai, while popular actor Sajal acted in role of his younger brother Raza.
While walking about the telefilm Tariq Anam Khan told this correspondent, âIn the telefilm, I have performed in role of a notorious person. It was very challenging role. Ruman Runi is a talented director. I have seen several footages while taking part in the shooting. I have really liked his direction. I believe viewers will enjoy to watch the telefilm.â
Sajal shared his feelings by this way, âAfter watching my gate-up in the telefilm the viewers could realise that what type of exceptional role in which I have performed in Bhai. Though my role is negative, viewers will like my appearance on the screen. Earlier I had worked in Ruman Runiâs a telefilm titled Chitranggada. He works very sincerely. I think this telefilm will be liked by the viewers.â
In the telefilm Bhai, Lux superstar and popular actress Nazia Haque Orsha acted in role of a film actress. While talking about her performance she said, âRecently I have worked a little bit. If the story is not good, I didnât acting in the play. Story of Matia apaâs telefilm has attracted me. For this reason, I have agreed to work in the telefilm. I have really enjoyed working in Bhai.â
Produced under the banner of Versatile Media the telefilm Bhai will go on air in any satellite channel during Eid-ul-Azha.
Tariq Anam Khan is now in London. He has been taking part in shooting of Tania Ahmedâs first directed movie Good Morning London there.
After completing shooting he will return to Bangladesh in the middle of this month.
In the meantime, Sajal has already finished shooting of a seven-episode drama serial titled Meghbalikar Golpo against Sujana and Mehazabein.
Shooting of Sajalâs movie Runout has already been done. Moushumi Nag and Romana Swarna acted against him in the movie.
On the other hand, Orsha acted and Shetu Arif directed a play titled Durbin Durottwo Somoy was aired on NTV recently.
Orshaâs acting was appreciated to all. Azad Abul Kalam and Aparna also acted with Orsha in the play.