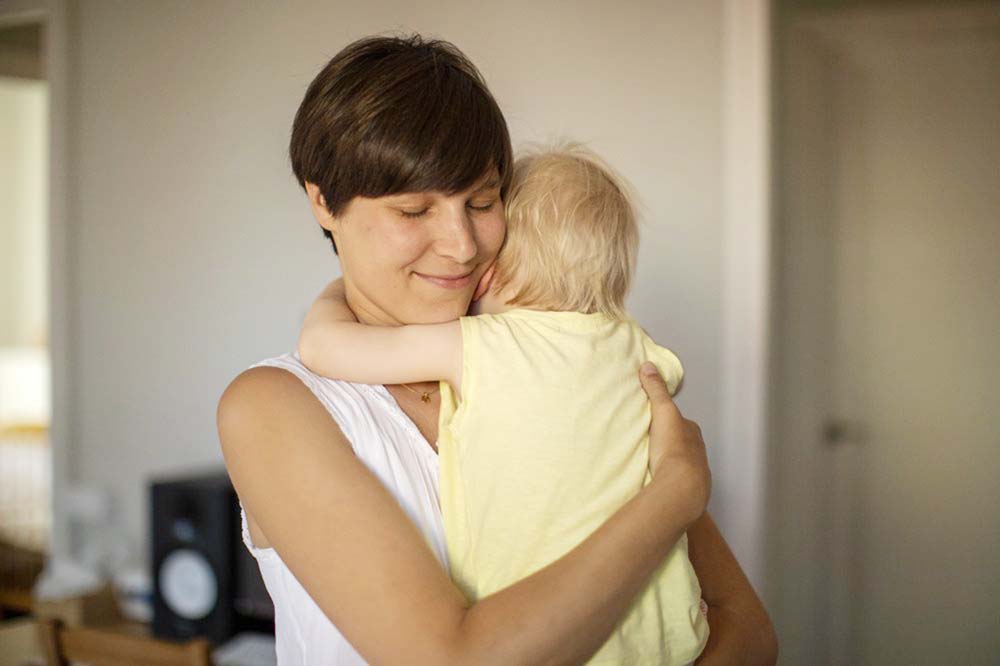 Clara Massons holds her two years old son Jaume at her home in Barcelona, Spain. Outdated medical practices related to childbirth that continue to be used despite evidence they cause harm have come under increasing scrutiny in Europe.

AP, BarcelonaÂ  :
When Clara Massons was in labor with her son, a midwife climbed onto her bed and pushed down on Massons' belly, explaining that she was helping to deliver her baby. For the next few hours, the midwife and a doctor took turns pressing down during contractions, using an old, now controversial technique for troubled deliveries.
Masson said her pleas to stop were ignored at the Barcelona hospital where she delivered two years ago, and she later complained to authorities. The hospital said doctors took "appropriate measures" during her delivery.
"I thought I was going to die," she said. "For one month after, my belly was blue and purple."
The technique is known as the Kristeller maneuver and was first described in an 1867 German textbook. It is sometimes used during the second stage of labor to assist delivery and avoid a cesarean section when complications arise. But many doctors in developed countries say they have stopped using it because of the potential for broken bones, organ damage, and other complications. The World Health Organization does not recommend the technique.
Yet the procedure is still commonly performed in many European countries, highlighting how once-accepted practices can persist even long after they're considered to be unnecessary or even dangerous.
Europe has some of the world's lowest maternal and infant death rates, and assertions of mistreatment during childbirth are more common in Africa, Asia and Latin America.
But the Kristeller maneuver and some other medical practices related to childbirth have come under increasing scrutiny in Europe, including complaints about inadequate anesthesia, surgical incisions during vaginal births and failure to seek patient consent for certain procedures.
"Depending on the act, these practices rise to the level of a human rights violation," said Mindy Roseman, director of a global justice and women's rights program at Yale Law School. "Not obtaining consent from women for medical procedures, not providing pain relief or doing something that's not scientifically justified, that is simply not the standard of care and it's troubling wherever that occurs."
Last year, Croatian lawmaker Ivana Nincevic Lesandric drew attention to the anesthesia issue when she complained to Parliament she did not receive any for an emergency procedure after a miscarriage.
"I don't think I've ever been in (a) much more painful situation in my life," Lesandric said.
In response, the Speaker of the House chastised Lesandric for speaking over her allotted time and for publicly sharing such intimate details, saying it put him in an awkward position.
The Ministry of Health, while not directly commenting on her case, said doctors typically use a local anesthetic for such procedures. Officials suggested there may have been a "misunderstanding" on Lesandric's part regarding the type of anesthesia she received.
Dr. Frederick Mercier, chair of obstetrics for the European Society of Anesthesiology, said general anesthesia is "most often used" in procedures like the one Lesandric had. He said local anesthesia isn't used because "it is less effective."
In the days following her speech to Parliament, a childbirth advocacy group asked for and received hundreds of complaints about medical care from Croatian women. Three U.N. human rights experts, including two from Croatia, later said the responses "showed a pattern of abuse and violence against women undertaking medical procedures."
"I see it as another #MeToo campaign where certain issues were not being seen as human rights violations and were being tolerated," said Ivana Radacic, a Croatian who sits on a panel for the U.N.'s Human Rights Council.
In submissions for a U.N. report presented in October, several European countries or government-appointed experts acknowledged lapses in how informed consent from women during childbirth was obtained. The Czech Republic wrote that women were sometimes given documents to sign "without any explanation or information on the nature or reason for the procedure."
Dr. Ozge Tuncalp, a maternal and reproductive health care expert at WHO, said the U.N. health agency has noted increasing reports of mistreatment by women seeking health care in Europe.
"Some of these things have become common practice and people think this is what they're supposed to do, so it is very difficult to undo," she said.