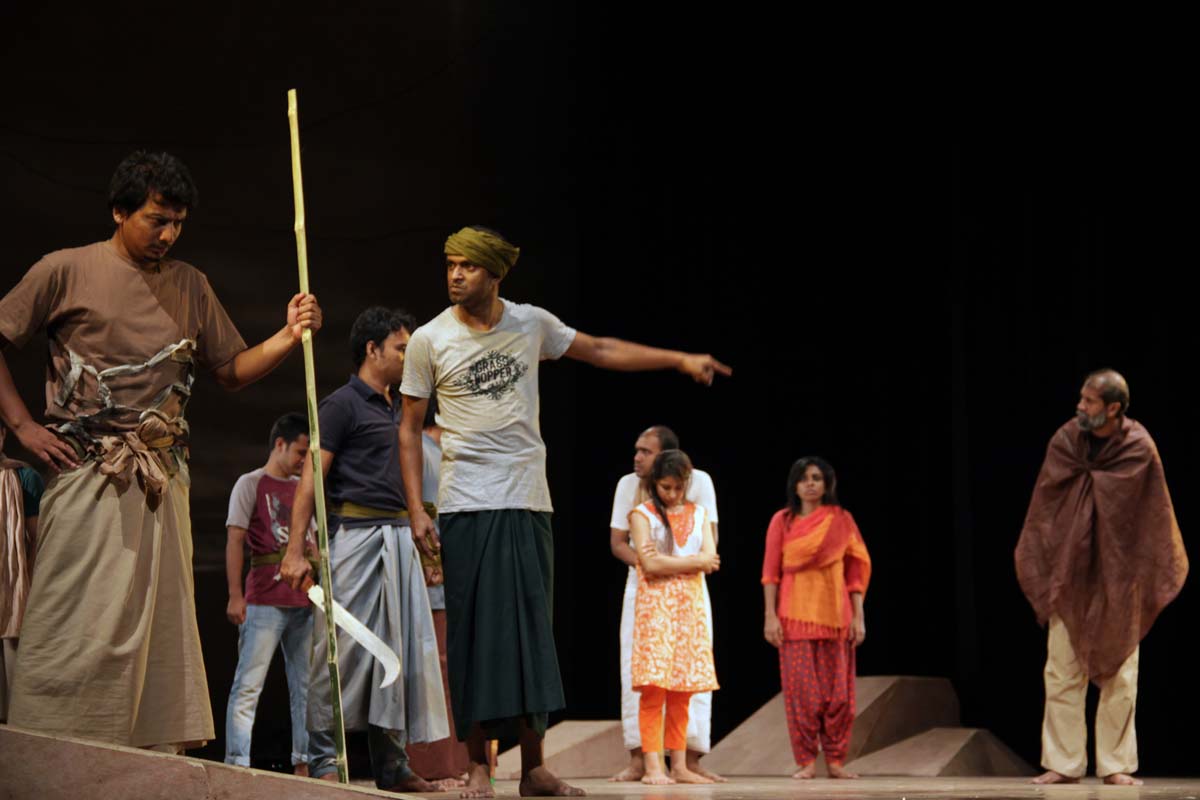 Art & Culture Report :
The countryâs one of the biggest theatre festivals ended recently at Bangladesh Shilpakala Academy with staging of eight plays by eight district units of Shilpakala. The festival, which was organised by Shilpakala for the third consecutive year, featured 64 plays by each of the 64 district units of Shilpakala. Bangladesh Shilpakala Academy has been organising theme-based National Theatre Festival since 2012 with a view of promoting cultural practices in remote places and diffusing cultural vibrancy across the country. District units of Shilpakala were called to produce plays based on literary works. Such a theme involved the theatre practitioners to be more creative. The result was also satisfying as many of the productions appealed to the audience. The eight-day festival began on August 23. The festival offered a collection of diverse plays based on literary works of different periods.Literary works like short stories, novels, even poems have been adapted for theatre productions. It is interesting to find works by contemporary writers like Hasan Azizul Haque, Shaidul Jahir, Syed Shamsul Haque, Anisul Haque, Kazi Emdadul Haque and some others along with collected folk tales, medieval writers, and other classics of Bangla literature turned into plays. Â