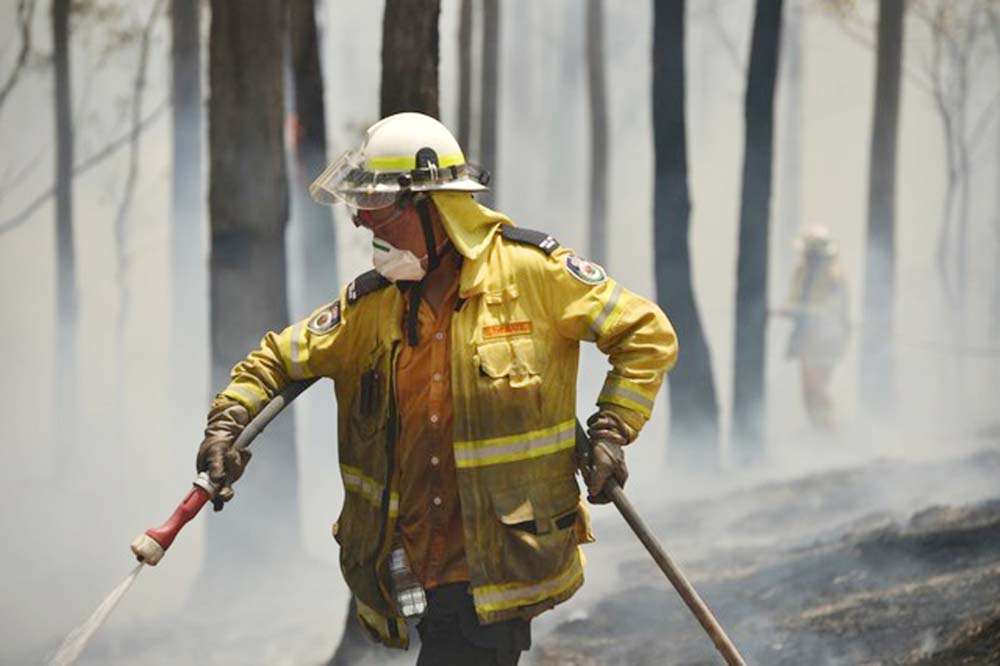 The early and devastating start to Australia\'s summer wildfires has already burned about 5 million hectares of land and destroyed more than 1,500 homes. That\'s more acres burned in Australia than any one year in the US since Harry Truman was president.

Australia has called up 3,000 military reserves to tackle the country's ongoing bushfire crisis, Prime Minister Scott Morrison announced Saturday, the largest call-up in living memory.
"Today's decision puts more boots on the ground, puts more planes in the sky, puts more ships at sea," said Morrison, who has been pilloried for his response to the deadly months-long disaster.
A two-star general has also been appointed to oversee the military's response to the crisis and the HMAS Adelaide - a helicopter carrier - has been deployed to help the bushfire effort.
Australia's military has for months been assisting with aerial reconnaissance, mapping, search and rescue, logistics and aerial support.
Around 2,000 military personnel have already been deployed.
In the small town of Mallacoota, Australia's navy was called in to evacuate around 1,000 people trapped by fire and forced to wait for days on the foreshore.
The first of two ships carrying families, pets and a few belongings arrived near Melbourne early Saturday.
"The Government has not taken this decision lightly," said minister of defence Marise Payne. "It is the first time that reserves have been called out in this way in living memory and, in fact, I believe for the first time in our nation's history."
A much smaller number of reservists had been called up late last year to assist with the bushfire crisis in Queensland.
The announcement came after weeks of criticism target at Morrison over his decision to go on holiday to Hawaii in the throes of the crisis, refusal to raise emissions targets or curb coal exports.
Morrison defended his handling of the crisis and sought to play down the significance of heckling against him in bushfire-hit communities.
A tearful pregnant woman and a volunteer firefighter refused to shake his hand and other residents peppered him with verbal abuse and suggested, colourfully, that he leave.
"People in these situations have a mix of emotions," Morrison said. "These arms have given a lot of hugs."
More than 130 fires were burning in New South Wales and at least half of those were out of control. Temperatures in parts of the state are expected to soar in the mid 40s C amid strong winds and low humidity.
A total of 48 fires were burning across almost 320,000 hectares in Victoria state and conditions were expected to worsen with a southerly wind change.
"We still have those dynamic and dangerous conditions, the low humidity, the strong winds and, what underpins that, the state is tinder dry," Victoria Emergency Services Commissioner Andrew Crisp said.
Thousands have already fled fire-threatened areas in Victoria and Crisp urged more people to leave.
"If you might be thinking about I can get out on a particular road close to you, well there's every chance that a fire could hit that particular road and you can't get out," he said.
Victoria police reported heavy traffic flows on major roads and praised motorists for their patient and orderly behavior.