How it impacts socio-economic condition of Bangladesh 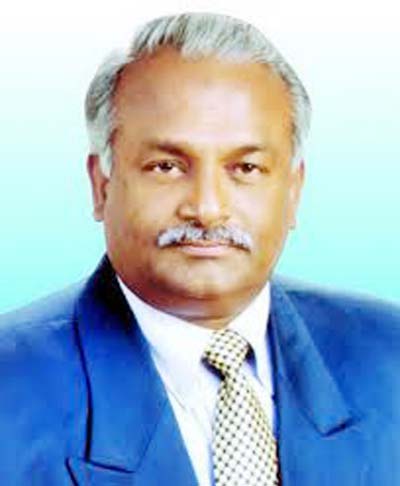 Taimur Alam Khondaker :
Money Laundering is a white collar crime as wells it is an organized crime which is going on not on the basis of ideology, but with a target to make profit to gain power and wealth. But sometimes the terrorist organization takes the opportunity of Money Laundering for raising their fund to purchase Arms and ammunition and for maintenance of military Group.Â Â Â Â Â Â Â Â Â  Â
Money laundering is the process of making large amounts of money generated by a criminal activity, such as drug trafficking or terrorist funding, appear to have come from a legitimate source. The money from the criminal activity is considered dirty, and the process "launders" it to make it look clean. Money laundering is itself a crime. Money laundering is involved with transnational security issues which are also known as Transnational Financial crime also. Bangladesh is often considered a safe haven for financial crime. Hunde which is also known as hawla, a black market money exchange procedure, is a commonly used mode of transaction for cross-border money transfers. The types of money Laundering is mentioned in below:

The FBI currently defines organized crime "as any group having some manner of a formalized structure and whose primary objective is to obtain money through illegal activities. Such groups maintain their position through the use of actual or threatened violence, corrupt public officials, graft, or extortion, and generally have a significant impact on the people in their locales, region, or the country as a whole."
Frank Hagan attempted to bring out common elements of the various descriptions of organized crime and developed a definition, based on a consensus of writers of the past 50 years, reads as follows:
"Organized crime functions as a continuing enterprise that rationally works to make a profit through illicit activities and that it ensures its existence through the use of threats or force and through corruption of public officials to maintain a degree of immunity from law enforcement. Organized crime tends to be restricted to those illegal goods and services that are in great public demand through monopoly control of an illicit market."

Opinion of experts regarding money laundering

(g)Â Â  Â This sort interference is nothing but illegal harassment amounts to high handedness of the police and creation of anarchy amongst the passengers traveling from one city to another city within the country and apparently an attempt of the police personnel to make themselves illegally benefited (Reported 19 BLC 125).
(h)Â Â  Â Money Laundering is deemed as a financially based crime. It has potentially devastating economic security and social consequences. From the first information report and charge-sheet it cannot be said that no prima-facie case could be detected against the accused persons (Reported 64 DLR 444).
Involvement of sate owned Bangladesh Bank Â
(a)Â Â  Â That the system loss, corrupt practice of so-call politician is a matter of route of money laundering. An amount of huge in number was transmitted from Bangladesh Bank to outside by way of malpractice of digital computer system. The case was transferred to C.I.D for investigation. But the C.I.D (even now) has failed bring the criminal into Book. It may be noted that High official of Bangladesh Bank was involved with the occurrence.Â Â Â Â  Â
(c)Â Â  Â In Bangladesh, the prime cause of money laundering is lack of political transparency and good governance which has created and encouraged corruption in all sectors of the society. The second reason is huge informal employment and unimaginably high informal transaction in the economy that left lots of undefined sources. Lastly political instability or pseudo stability is a major concern for the riches that somehow compel them to look for external destination. The vacuum of private sector investment is another major outcome of money laundering in Bangladesh.
Â Â  Â Public perception regarding money laundering: Â
(a)Â Â  Â That there is a very bad impression of the public regarding transferring money from Bangladesh to other countries.
(b)Â Â  Â Ex-Minister and one of the leaders of the ruling party Mr. Rashed Khan Mannon declared that a currency amounting to Taka Nine Lac Thousand has gone under Money Laundering for last 10 years (News dated 30/12/2019 published on National Dailies).
Impact of money laundering on socio economic condition on Bangladesh: Â
(a)Â Â  Â That money laundering is a saposticatid crime by the higher level people of the country where elite people, government high official including the high ranking bank officials and Ministers are involved here with.
(b)Â Â  Â Bank loan is a good instrument of the money laundering.
(c)Â Â  Â Bank gives loan to loan seekers to development of Industry with an intention (1) for Employment of unemployed people, (2) Manufacture the industrial product by using local Raw Materials, (3) Export the product & (4) Gain the Forign currency. But most of the loan beneficiary transfer the loan money other wise out side the country. As a result the industry became sick and the rate of unemployment going to be increase day by day.
(d)Â Â  Â That by way of money laundering a group of people became very much richest and most of the peoples are going to be poor. For example it can be said that who was owner of 10 decimal of land he has lost the total land to maintain his family members, on the other side who was owner of the 200 Bigha of land, he became the owner of 500 Bigha.
(e)Â Â  Â Due to cause of money laundering discrimination is going increase day by day in between the middle class and higher class people.
(f)Â Â  Â That the middle class people are going to be crush due to yellow effect of money laundering.
Some recommendations regarding prevention of money laundering:Â Â Â Â Â Â Â Â Â Â  Â
(1)Â Â  Â That government should find out the policy to encourage the people to invest money in the country.

(2)Â Â  Â The Income Tax department and other department must take the view and facilitate the people for investment.

(3)Â Â  Â That the law enforcing agencies have to be carious and take strong measure to stop the route of money laundering.

(4)Â Â Â  That government has taken a serious step to stop money laundering and as such a memo of under standing has signed on 29/12/2019 in between C.I.D & BFIU as reported in a National Daily which is reads as follows :-Â  Â

(5)Â Â  Â That high ranking leaders of ruling party should not be allowed to interferer on the activities of the law enforcing agencies who will take step to stop and take legal action against the offender.Â Â  Â

(The writer is a columnist and advocate (Appellate Division). E-mail No: taimuralamkhandaker@gmail.com)