Bushfires left many Australians fearful for the future 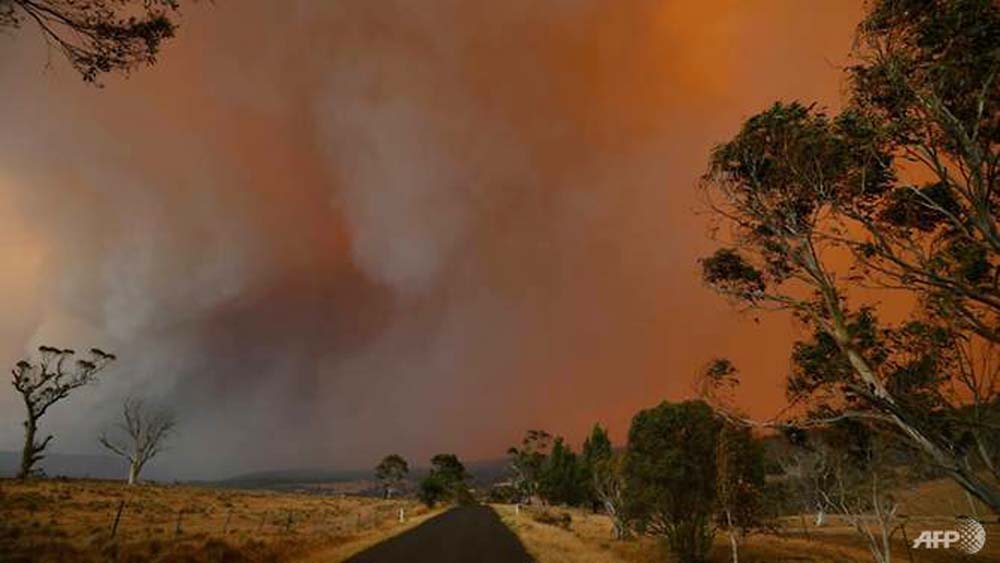 Australia is warming as a result of climate change, with new record temperatures set almost every year.

A grim summer of fire and smoke has sullied Australia's outdoorsy and healthy image, and left many fearful for the future.
For the unfortunate few, three long months of bushfires have brought almost unfathomable pain - homes lost, lives destroyed, families ripped apart.
But for many millions more the crisis has also shattered the long sunny days typically filled with beaches, barbecues and backyard cricket. Sporting events were cancelled, windows shuttered against weeks of menacing toxic haze and barbecues banned to prevent even more fires.
Famed beaches like Bondi were partially blackened, as the tide washed the ash of incinerated eucalypts back to shore.
Holidays were cancelled as entire towns were shut off, highways were bumper-to-bumper with fleeing tourists and petrol stations mobbed as fuel ran out during the largest peacetime evacuations the country has ever seen.
"We've seen the whole Australian way of life over summer across the continent upended," social researcher Rebecca Huntley, who has surveyed Australia's attitudes to the changing climate, told AFP.
"Instead of looking at the end of the year as a time to relax, (Australians) are getting quite anxious."
Images of military evacuations and frightened families huddled on beaches under red skies have challenged many people's previously idyllic idea of the continent.
Huntley said the severity of the fires was challenging the perception that living in Australia meant having a high quality of life, with Sydney and Melbourne long-ranked as among the most liveable cities in the world.
Now residents have become expert at reading wind forecasts and fire maps to predict whether their kids will be able to play outside tomorrow.
The Christmas dinner table featured debates about specific anti-pollution masks and air purifiers, topics often associated with daily life in New Delhi or Bangkok.
Kate Noble-Judge, whose parents were evacuated from their small New South Wales town over New Year, said the festive season turned into days of dread and worry.
"It wears you down because you feel so helpless. You can't visit because the roads might close or the fires might worsen," the Sydney resident told AFP.
"You can't even just go for a walk to take your mind off it because the city is always full of smoke and that eerie orange glow. All you can do is stay at home and worry."
Â·Â Â  Â The nature of adaptation -

All the while, the warnings from scientists have been stark.
Australia is warming as a result of climate change, with new record temperatures set almost every year.
Catastrophic fire conditions that usually occur once in several decades are becoming the new normal.
"Those sort of conditions will become more frequent under the climate change scenario that we are looking at," Richard Thornton, from the Bushfire and Natural Hazards Cooperative Research Centre, told AFP.
"So while they used to be spread many years apart, they'll become more regular. There'll be things we'll need to do to live through the frequent arrival some these sorts of conditions."
Many doctors say they cannot know what the impact of prolonged exposure to bushfire smoke will be.
With volunteer firefighters - the main service battling the blazes - already exhausted from months of work as climate change extends the fire season, Huntley said tackling emergencies rather than enjoying a vacation could define future summer seasons.
"It may be that Christmas might not be a time where you relax. You may have a posting in the country where you help with bushfire support," she said.