How does learning change the brain? 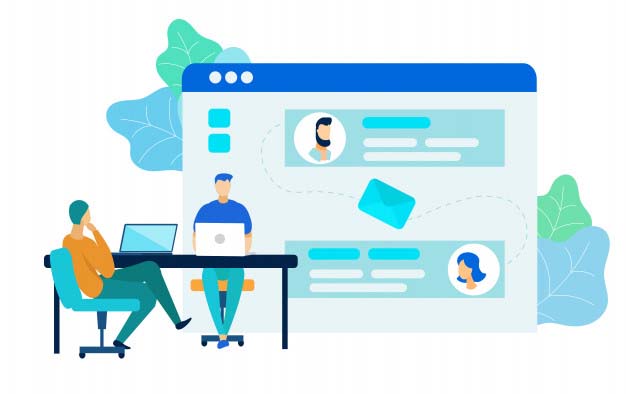 William Klemm, PhD :
Learning programs the brain. It is nature's way to create simultaneously both "hardware" and "software" for the brain. Neuroscientists have long known that learning experiences change the functional circuitry that is used to process and remember a given learning event.
The circuit change is anatomical: Electron microscope photographs reveal that the synaptic changes take the form of little blebs located on dendrites. These blebs are called "dendritic spines," and their size and number change in response to learning and memory formation. You might think of the induced change as a physical location for information storage. What is stored at any given spine is an increase in the probability that the spine will participate in activations that generate recall of the stored memory from all the spines that were enhanced in creating the memory.
Functionally, the change operates as a template that resides more or less permanently and is available not only to recall the original learning event but to respond to similar events in the future. Of course, no one synapse accounts for these recall and programming effects: The learning and memory result from the collective enhancement of all the enhanced dendritic spines in the participating circuitry. The templates thus created provide a way for the brain to program itself for future capabilities. Learning how to solve one kind of task makes it easier to learn new tasks that are similar. This is the basis for the so-called "learning-set," a concept introduced many decades ago by Harry Harlow.
We tend to think about such matters in the education of children. However, the principle applies to all ages, including seniors. The aging brain responds to learning the same way a child's brain does: It grows new task-specific synapses that can be recruited for other uses.
The learning effect is manifest in the growth of existing synapses and the formation of new synapses. In the absence of mental stimulation, the spines degenerate. Indeed, a typical effect of aging is that the brain actually shrinks as a consequence of the cumulative shrinkage of spines. Many neurological diseases-schizophrenia, autism, and dementia-are characterized by reduced synaptic density. An opposite problem occurs with drug addiction, where certain synaptic connections are strengthened by the drug, essentially creating a way to store a memory that drives the addiction.
Until now, we have not learned as much about the chemical changes that occur with learning. A recent study from Thomas Jefferson University reveals that new patterns of molecular organization develop as connections between neurons strengthen during learning. The researchers basically asked the question: What does learning look like at the molecular level? Using super-resolution live-cell microscopy, the researchers confirmed the enlargement of synapses previously reported by others. But they also saw that during a learning experience the molecules involved in sending and receiving the signals between neurons appeared to be organized in clumps, or "nanomodules," that both dance and multiply when stimulated by learning-like signals.
The researchers developed a novel technique wherein they could visualize the chemicals involved in transmitting signals from one neuron to another. Chemicals on the sending, or presynaptic, side appeared green, and those on the receiving, or postsynaptic, side appeared red. Then, while observing the colors, they observed live neurons in real-time as they sent signals to each other via their neurotransmitter chemical systems. The color changes indicated that during signaling activity, the presynaptic chemicals clumped together and bound to clumped molecules on the postsynaptic side. The clumps appeared to have a uniform size. When the presynaptic neurons were stimulated in a way that promoted spine enlargement, they saw that the number of chemical clumps increased. Such stimulation caused nonmoving clumps to jiggle and move around the synaptic spine, with pre- and postsynaptic chemicals moving in lock-step. Maybe this jiggling helps to trigger the biochemical cascade that neurotransmission causes to change activity in the postsynaptic neuron.
article continues after advertisement
Perhaps we don't think enough about the movement of molecules in living tissue. All chemicals in solution bounce around randomly. Clumping together and jiggling in lock-step create new ways for chemicals to produce their effects. Apparently, the clumping is the triggering event for the enlargement of dendritic spines that creates a structural basis for memory.
This kind of chemical interaction is not only relevant to learning. It also applies in unknown ways to the altered function present in addictions and other neurological diseases in which strong interneuronal connections become too strong. Research on neurotransmitter clumping in disease states has not yet begun, but here we may find clues on how to treat some of these conditions. Clearly, disrupting the clumping would disrupt the strengthening of synapses. While we want our synapses to grow stronger to promote normal learning, we don't want this to happen, for example, in response to opiate pain relievers, which creates addiction. At the molecular level, addiction is a learned condition.
(William Klemm, Ph.D., is a senior professor of Neuroscience at Texas A&M University).