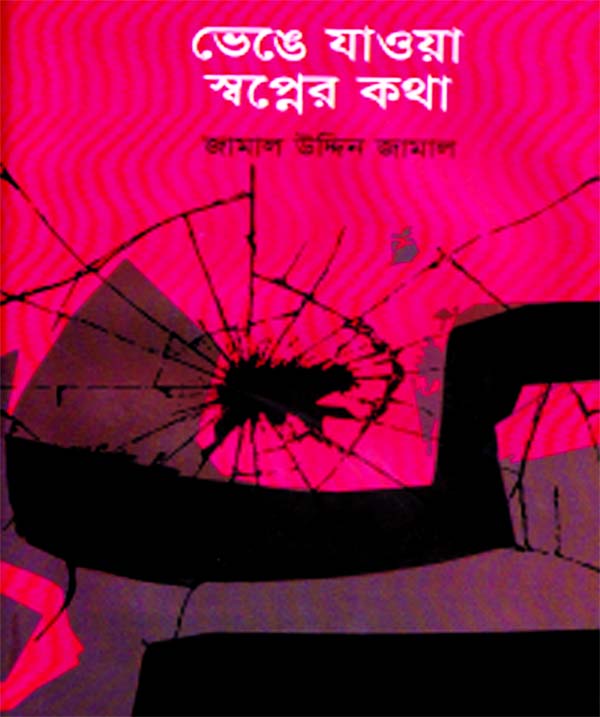 Bhenge Jawa Swopner Kotha is a memorable book of writer-journalist Jamaluddin Jamal. The content of the book lies on its title. In this Jamaluddin has described his childhood, adolescence and youth in a very fluent language.
Basically Political arena was his walking field. He took the politics as social service. Side by side he was engaged in journalism for his livelihood. What he saw and thought did not spare any space to publish that in this book.
Outspoken Jamaluddin did not hide anything about his personal life also. He has narrated the conduct, behaviour and habits of the people with colorful lives, whose association has made him affluent, in short form.
Where students having primary education were very few in numbers, he achieved post-graduation from University of Dhaka. But the journey was very tough, which is elaborately portrayed in this book, which will make the students of urban area emotional and passionate. Right accompany selection was the main basis of his success. He rightly highlighted this essential component.
As he was involved in politics from his college life, his ambition was to be a politician. But it was not totally achieved, though his many accompanies became âsuccessful.â
As he could not compromise with the convenient politics, he did not get any base. The nature and character of the opportunist politicians got space in his book partially, which is something new.
From the very beginning he was involved with the left politics. The ideals of the left attracted him. To change the lot of the toiling masses was the goal of his politics. But it is extremely difficult in this society, where specially the rising politicians are running after illegal money and fame.
This deteriorating condition of the society mutilates the heart of the author. All these took place in this book. In this consideration, Jamaluddin made a tremendous achievement through the writing of this book.
Reviewer: Dr Md Alamgir