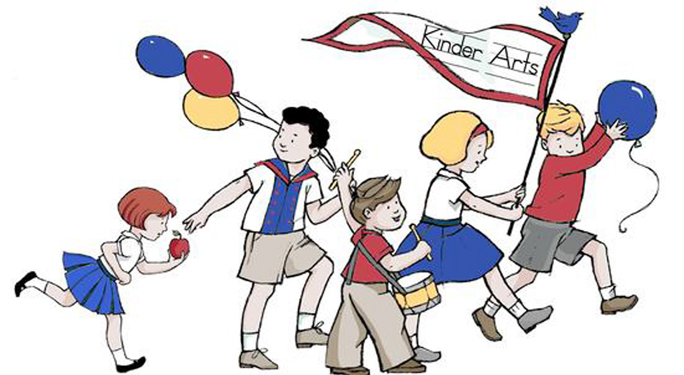 Dominique Russell :
Implementing physical activity has been shown to have a positive effect on student engagement and educational outcomes, a new systematic review shows.
The research, Physically active lessons in schools and their impact on physical activity, educational, health and cognition outcomes: a systematic review and meta-analysis looked at 42 studies, the majority of which focused on children in early childhood and primary school settings.
Lead researcher, Emma Norris, a Research Fellow at the Centre for Behaviour Change at the University College London, says the review found that using physically active learning led to increases in physical activity beyond the classroom, as well as increases in positive student behaviour.
'There are no downsides to adding physically active lessons into your teaching,' she tells Teacher. 'Examples of physically active lessons include doing star jumps while reciting times tables or using movements to show whether an answer is true or false.'
The positive impact of active lessons
Across the 42 studies included in the systematic review, the implementation of physical activities into lessons ranged from one-off sessions, to an implementation period of three years. Physical activity outcomes were assessed in 24 of the studies, and educational outcomes (academic achievement) were assessed in 36.
'Large, significant effects were found on pupils' physical activity in lessons, and small, significant effects on activity during the whole school day and beyond,' Norris says. 'This is important as it shows that increasing children's activity in active lessons does not lead them to reduce their activity later in the day.'
Significant effects were also seen in relation to student behaviour and attention, with more positive behaviour and attention being recorded. Interestingly, more significant effects were seen with studies that implemented physically active lessons for eight weeks or fewer. This suggests, Norris says, that the effects on behaviour may decrease as students get more used to active learning.
'We also found that physically active lessons produce small, significant improvements to academic achievement, assessed using standardised tests or recorded exam scores,' Norris adds. 'Importantly, this shows that adding activity into curriculum teaching does not have negative effects on learning.'
A positive impact on lesson time - particularly an increase in student time spent on task - was also recorded in the review, with the report theorising that increased time spent on task may have prompted students in the studies to pay greater attention to the content delivered in the classroom. This, in turn, could have helped lead to the overall impact on education outcomes and, more specifically, academic achievement.
Areas for further research
Norris says more research is needed to explore the effectiveness of physically active learning in high schools, as only two studies in this review involved secondary school students.
As well as this, only studies published in English were reviewed, and no schools educating students with additional needs were included, so researchers say these are areas that should be assessed in the future.
Further research would also be needed to assess the effects of active learning on health outcomes, Norris adds. Only a small handful of studies in this review assessed the health outcomes of students by measuring their BMI (Body Mass Index), and no effect was found.
For educators looking to introduce or enhance the use of physical activity in their classroom lessons, Norris suggests accessing some external resources.
'A range of programmes have been launched internationally providing pre-prepared physically active lessons, such as BBC SuperMovers,' she says.
Emma Norris says that having students use movements to show whether the answer to a question is true or false is an example of how teachers could effectively adjust their lessons to make them more physically active.
Think about how you could make your lessons more physically active. Which sedentary activities do you have planned for lessons in the new school year that could be made more physically active?

(Dominique Russell is the editorial assistant of Teacher).