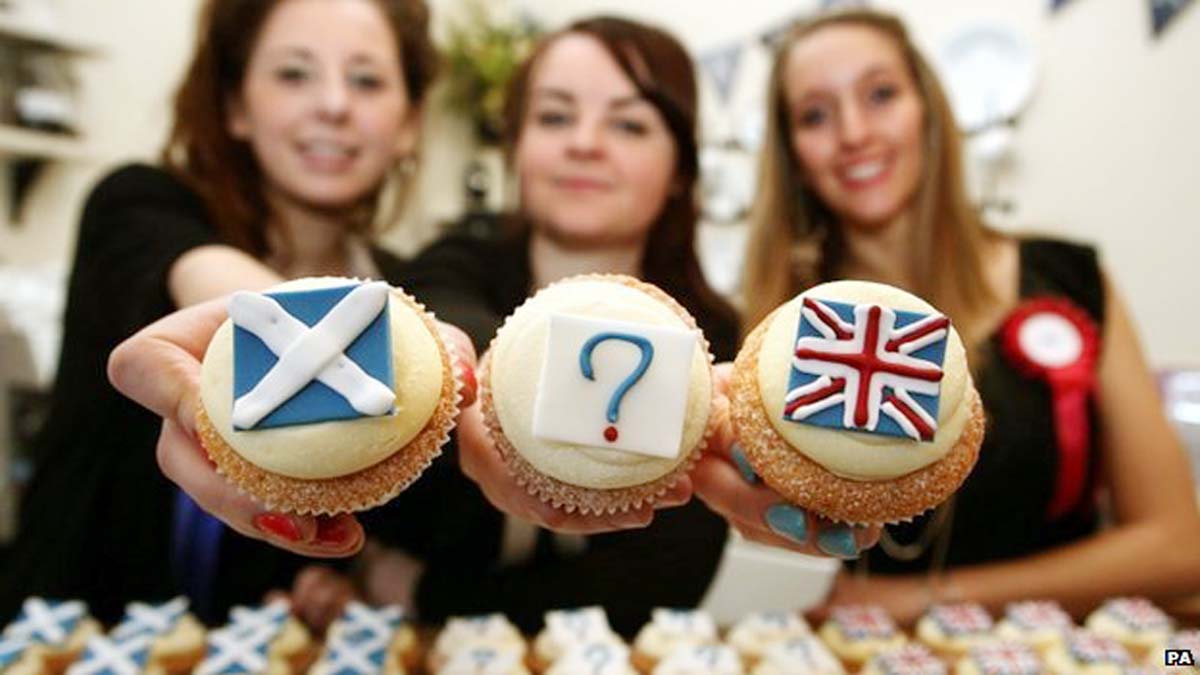 Pro and anti-independence activists are entering the last full week of campaigning.

Campaigners in the battle for Scotland's future say the referendum result is too close to call with less than two weeks until the vote.
The Yes camp claims to have the "big momentum" behind it, while opponents of independence insist they will win.
It comes as one poll put Yes Scotland narrowly ahead for the first time.
Responding to the poll, UK Chancellor George Osborne pledged that in the next few days there would be a plan for more powers for the Scottish Parliament.
With just 11 days of campaigning left, both sides are stepping up their bids for the wavering voters who could yet sway the result.
The final push for votes comes as a a YouGov poll for the Sunday Times suggested that, of those who have made up their mind, 51% planned to back independence, while 49% intended to vote no.
The poll of 1,084 people, carried out between 2 and 5 September, is the first and only serious study to put the Yes campaign ahead.
The cross-party Better Together campaign - which supports the Union - had previously retained a lead in polls, often reaching double digits. cakes Pro and anti-independence activists are entering the last full week of campaigning
However, a separate poll for the Yes Scotland campaign put the pro-Union camp four points ahead - by 52% to 48% - when undecided voters were excluded.
Pollsters Panelbase questioned voters between 2 and 6 September.
Writing in the Sunday Mirror, former Labour Prime Minister Gordon Brown appeared to blame the Conservative Party for the closeness of the battle.
He suggested the Better Together camp was finding it "difficult" to win over Scots because of anger over coalition policies - including changes to housing benefit and tax cuts for the wealthy.
Better Together campaign leader Alistair Darling said the findings were a "wake-up call".
"The polls may conflict," Mr Darling said. "But the message I take from them is clear - if you want Scotland to remain part of the UK family you have to vote for it on 18 September.
And while he insisted "this is a battle we will win", the former chancellor said the result would "go down to the wire".