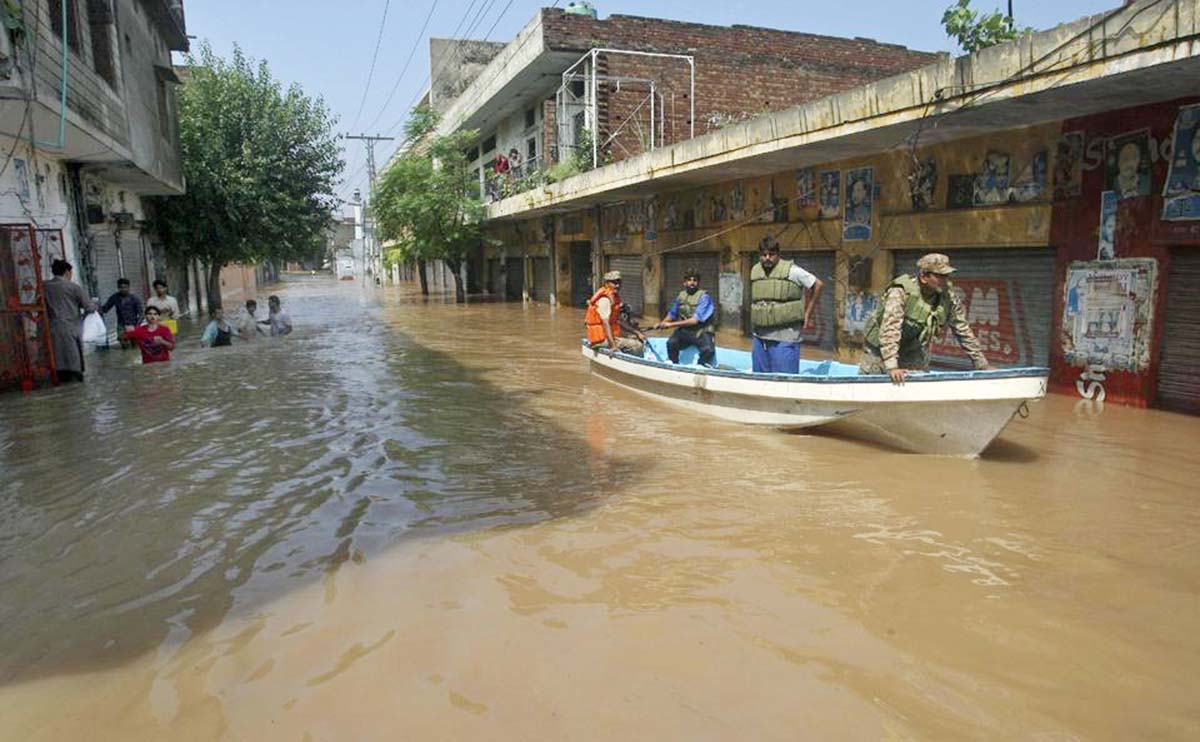 A Pakistani army soldier and volunteers use a boat in floodwater to rescue people after heavy monsoon rains in Wazirabad, some 100 kilometers (65 miles) north of Lahore, Pakistan on Sunday.

There has been fresh shelling near Donetsk airport in eastern Ukraine, raising fears that a 36-hour-old ceasefire is near to collapse.
The truce held for much of Saturday but overnight shelling in Mariupol, which killed one woman, was followed by the Donetsk airport blasts early on Sunday.
The truce and 12-point peace roadmap was signed at talks involving Ukraine, Russia, the rebels and the OSCE.
Fighting in the east has left some 2,600 people dead since April.
Russia has repeatedly denied accusations by Ukraine and the West that it has been sending regular troops into eastern Ukraine to help the rebels, who want to establish an independent state.
Before the ceasefire was agreed in Minsk, Belarus, on Friday, the separatists had been advancing on both Donetsk airport and Mariupol, a key city on the route to Crimea and an economic prize for any possibility of independence for the eastern Ukraine region.
We have just been at Donetsk airport which has in recent weeks been the focus of the fighting between Ukrainian forces and separatist rebels, with Ukrainian troops inside the main building there holding the airport.
We have heard a lot of mortars being fired, both into the airport area and outgoing as well. We also met an observer team from the Organization for Security and Co-operation in Europe (OSCE).
It said most of the firing was outgoing from the airport, ie from Ukrainian troops. It said the firing had caused some fires in villages nearby but stressed that, although a violation of the ceasefire, the fighting at Donetsk airport was not sufficient to actually make the ceasefire collapse.Â  The presidents of Ukraine and Russia both said on Saturday that the truce was largely holding.
However, late on Saturday, eyewitnesses said pro-Russian rebels had shelled and destroyed a government checkpoint on the eastern approaches to Mariupol.
Local officials said one 33-year-old woman civilian was killed and three people injured in the shelling.
One Ukrainian soldier told Reuters that government forces had pulled out tanks in line with the truce.