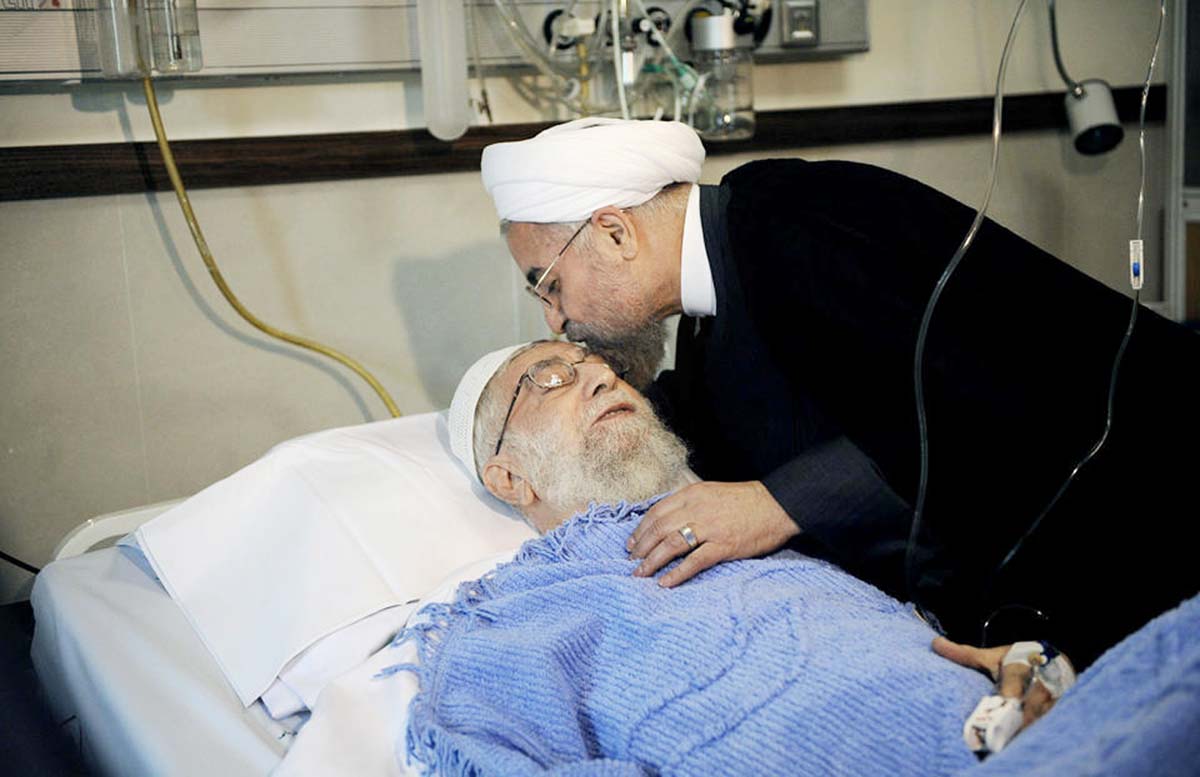 President Hassan Rouhani kisses the forehead of Supreme Leader Ayatollah Ali Khamenei after his surgery at a hospital in Tehran on Monday.

Iran's Supreme Leader, Ayatollah Ali Khamenei, is recovering from prostate surgery, reports from Iran say.The operation, which took place on Monday at a government hospital in the capital Tehran, was said to be "routine". However, no details were given about what had prompted it or about the underlying medical condition.The 75-year-old cleric has led Iran since 1989 and is the country's top religious and political authority.Earlier on Monday, Ayatollah Khamenei was seen on Iranian state television asking people to pray for him, but said there was "no room for concern".Ayatollah Khamenei's health has always been a secret topic in Iran, like other aspects of his personal life, says BBC Persian editor Bozorgmehr Sharafedin.In January 2007 a rumour of the Ayatollah's death spread in Iran and the world, simply because he did not announce he had a bad case of flu and could not attend public ceremonies, our editor says.The Ayatollah's appearance on TV before the surgery and announcement of the news by himself is a clear change of approach. Either he knows that the critical situation in Iran and the region cannot bear another rumour of his death, or he has decided to be more open about his personal life, our editor adds.In 1989, Ayatollah Khamenei succeeded the first Supreme Leader and founder of the Islamic Republic of Iran, Ayatollah Khomeini, following Khomeini's death.