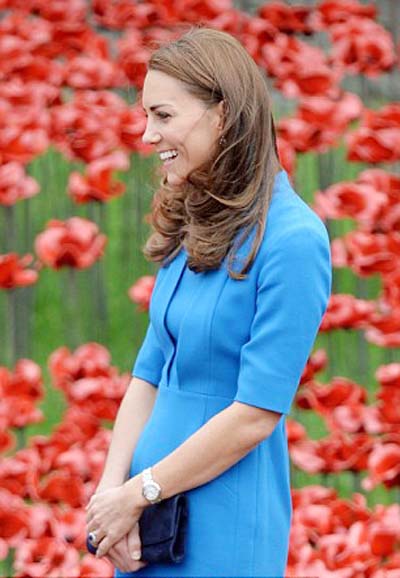 The Duchess of Cambridge is pregnant with her second child.Kensington Palace said the Queen and members of both families were delighted with the news.The palace said that - as when she was pregnant with Prince George - the duchess was suffering from very acute morning sickness and was being treated by doctors at Kensington Palace.The baby will become fourth in line to the throne, moving Prince Harry further down the line of succession.Prime Minister David Cameron, Labour leader Ed Miliband and the Archbishop of Canterbury were among those to offer their congratulations to the couple.BBC royal correspondent Peter Hunt said that the Duchess of Cambridge's morning sickness meant the announcement had had to be made before the 12th week of her pregnancy.Our correspondent added that this pregnancy was likely to generate excitement but was lacking the constitutional significance of Prince George's birth - as things stand the unborn boy or girl is not destined to be monarch.Her first pregnancy was revealed when the duchess was just a few weeks pregnant after she was admitted to hospital suffering from severe morning sickness in December 2012.