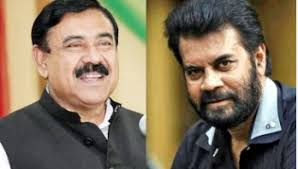 Staff Reporter:A Dhaka court on Thursday asked transport workers' leader and former shipping minister Shajahan Khan to appear before it over a defamation case filed by film actor and Nirapad Sarak Chai founder Ilias Kanchan.
The court accepted a Tk 100 crore defamation case against Shajahan Khan and issued the summon. In his complaint, Ilias Kanchan alleged that Shajahan, at a programme in Narayanganj on December 8 last year, said Ilias had accumulated a huge amount of wealth illegally.
According to the case statement, Shajahan had said that he would make public how much money Ilias has received and for what purposes, and how much he took for himself in the name of his son and daughter-in-law.
Shajahan's comments at the time were published in different media, it stated. Such comments damaged Ilias Kanchan's reputation nationally and internationally, he said in the case.On December 11, the founder of the road safety movement had urged Shajahan to withdraw his comment, but he did not do so, Kanchan said it in the case statement.