Cleaner held with over 3.7kg gold bar at Dhaka airport 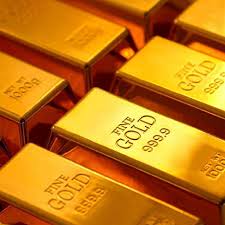 Staff Reporter: Airport Armed Police Battalion (AAPBn) on Thursday morning arrested a cleaner after recovering 32 gold bars from him.The gold bars are weighing 3.7 kilogrammes were recovered from the sole of his shoes at Hazrat Shahjalal International Airport in Dhaka.
Members of the AAPBn arrested Jonathon Mukti Barikdar (34) from Concourse Hall of the airport about 9:30am.
Md Alamgir Hossain, Additional Superintendent of the battalion said it to media. Barikdar went to clean an Emirates flight that landed at the airport from Dubai around 7:55am after all its passengers got off it, the AAPBn official said.
When he came out of the plane, the members of AAPn searched him and found those gold bars inside the sole his shoes. The market price of the gold bars is Tk 1.85 crore
In primary investigation, Barikder claimed that one of his colleagues gave the gold bars to him for handing those over to their duty in-charge. He was promised to pay Tk 20,000 for this job, he claimed.