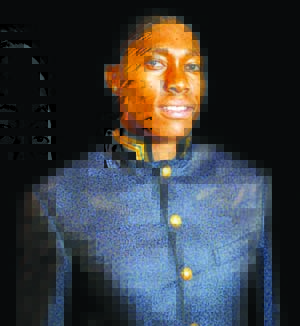 South African double Olympic champion Caster Semenya beat seven high school athletes Friday in a 300-metre race, her first outing since being barred last July from her favourite event.
"I am here to stay," stressed media-shy Semenya after winning over the novel distance in Johannesburg. "Track and field, you will still see my face. That is all I can say for now."
Semenya won the race at the University of Johannesburg in 36.78 seconds with Taylor Bieldt (37.22) second and Kirsten Ahrems (38.36) third.
The 29-year-old won 2012 and 2016 Olympic gold medals and three world titles over 800 metres, but can no longer compete at that distance because of a testosterone-related ruling.
World Athletics banned Semenya and other differences of sexual development (DSD) athletes from races between 400m and a mile unless they take testosterone-reducing drugs.
Semenya, who became a world champion for the first time in 2009 aged 18, refused to comply with the ruling and lost a legal battle to have it overturned.
The World Athletics decision came after some international rivals of Semenya repeatedly complained that the South African had an unfair advantage over them.
She could not defend her world crown in Qatar last year because of the IAAF ruling and will also miss the Tokyo Olympics this year unless she changes her mind and takes medication.
The organisers of the Johannesburg invitation race said it was designed to give young athletes "a chance to watch, learn and be inspired by stars like Caster Semenya".
the Johannesburg-based JVW club, which is owned by South African female football legend Janine van Wyk.
The star athlete trained with the club last year but could not play because she was signed after the registration deadline.