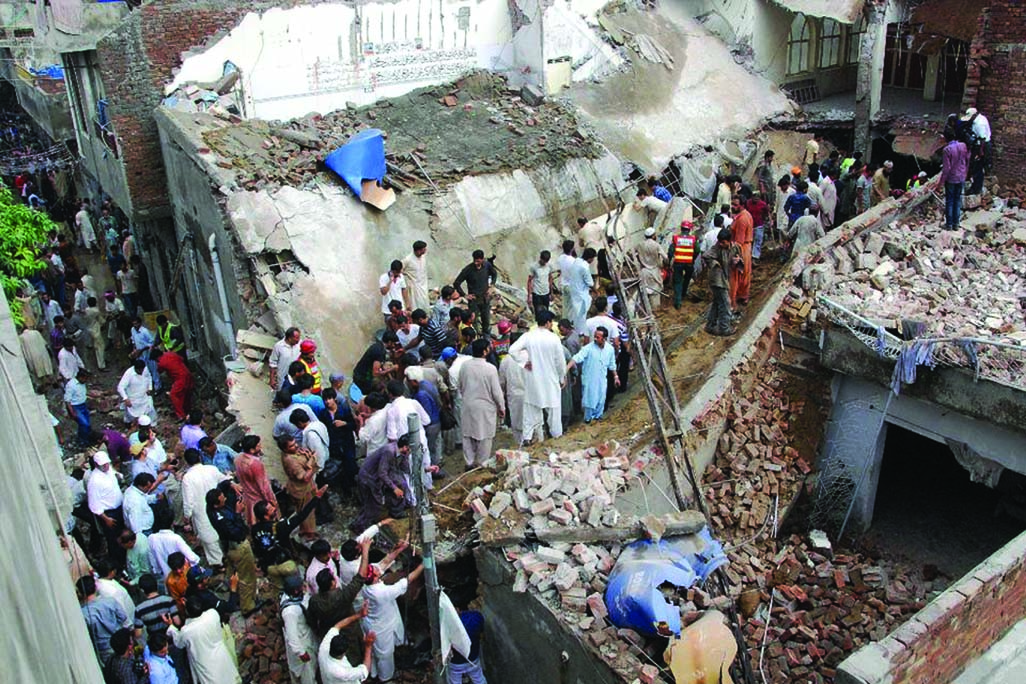 Rescue workers and residents search for worshippers in the rubble of a collapsed mosque in Lahore, eastern Pakistan.

Emergency teams in the Pakistani city of Lahore say they have now recovered 24 bodies from rubble at a mosque a day after its roof collapsed.
At least seven others were rescued from the building, and rescuers are still searching debris.
The disaster in the low-income, congested suburb of Daroghawala came on Tuesday after heavy rain.
Officials told BBC Urdu that the building was very old and that its exterior had recently been renovated.
"According to locals' claims it seems almost all people have been recovered but we will continue our efforts until the removal of the whole debris," district administration chief Mohammed Usman told the media, AFP news agency reports.
Last week, 24 people were killed in roof collapses after torrential rains in the city.
Building safety levels are often below standard in Pakistan.
At least 17 people - including women and children - were killed in a factory collapse following a gas explosion in a residential area of the city in February 2012.
More than 250 people have died as a result of rain and flooding currently sweeping Pakistan, many as a result of roof collapses, reports say.