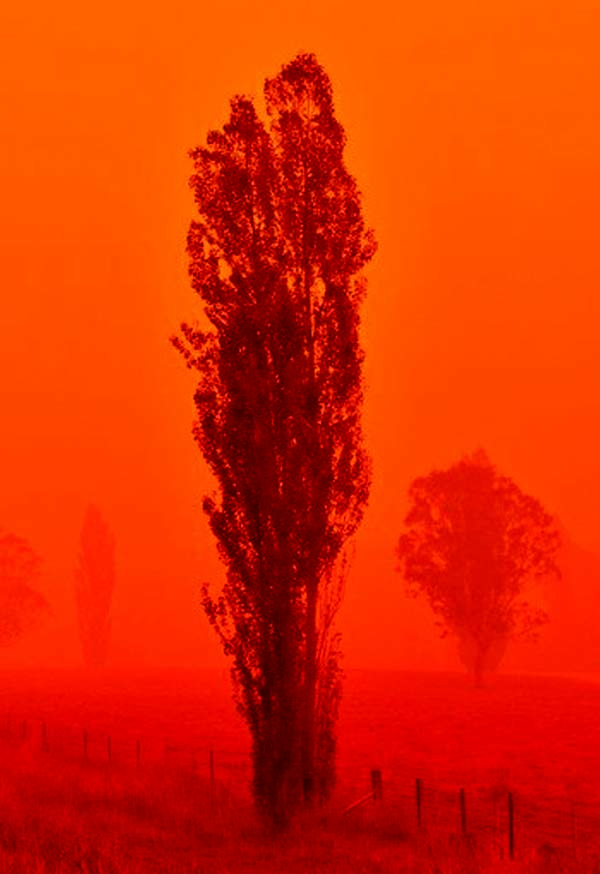 Australian scientists are developing the country's first satellite designed to predict where bushfires are likely to start, following months of devastating fires.
The Australian National University said Wednesday a team is creating a "shoebox-sized" satellite that will measure forest ground cover and moisture levels using infrared detectors.
It is hoped the data will help determine where bushfires are likely to start and where they may be difficult to contain.
The technology would be "specifically tuned to detect changes in Australian plants and trees such as eucalypts, which are highly flammable", the university said in a statement. It plans to partner with the private sector to launch the new satellite into low-Earth orbit and, according to remote-sensing expert Marta Yebra, the data would be shared with firefighters.
"This infrared technology and data, which is not currently available, will help to target-controlled burns that can reduce the frequency and severity of bushfires, as well as their long-term impacts on Australia's people, economy, and environment," she said. It is expected to take five years before scientists will be able to use the satellite.
Over summer, bushfire-prone Australia experienced one of its worst fire seasons on record. More than 30 people died, thousands of homes were destroyed, over 10 million hectares were burned and at least a billion animals perished.
Researchers say global warming is lengthening the country's summers and making them increasingly dangerous, with shorter winters making it more difficult to carry out bushfire prevention work.