Beauty queen may have to return crown 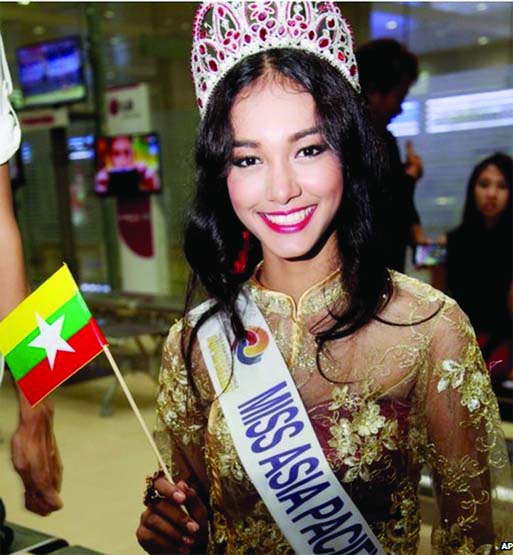 The Burmese beauty queen who was stripped of her title last week is refusing to give back her crown to South Korean pageant organisers.
In an emotional press conference, May Myat Noe said she would only hand back her $100,000 (Â£60,300) crown after she received an apology from organisers.
May won the Miss Asia Pacific World 2014 competition which was held in Seoul in May.
Last week organisers accused her of being ungrateful and dishonest.
May is Myanmar's first ever international beautyÂ  queen, says the BBC's Jonah Fisher in Yangon.
She told reporters she was forced to lie about her age and organisers had demanded that she have "head-to-toe" plastic surgery. She also denied claims that she had run off with the crown, saying she had boarded the plane for Myanmar without realising she had been dethroned.
Organisers had claimed she had "lied" to them and did not show them respect, but did not give further details.
It later emerged that there was a disagreement between May's mother and the organisers over how May would be managed.
Our correspondent says that the South Korean organisers are now planning to sue May, and may get the police involved to try and retrieve the tiara.