Kerry in Egypt for alliance against IS 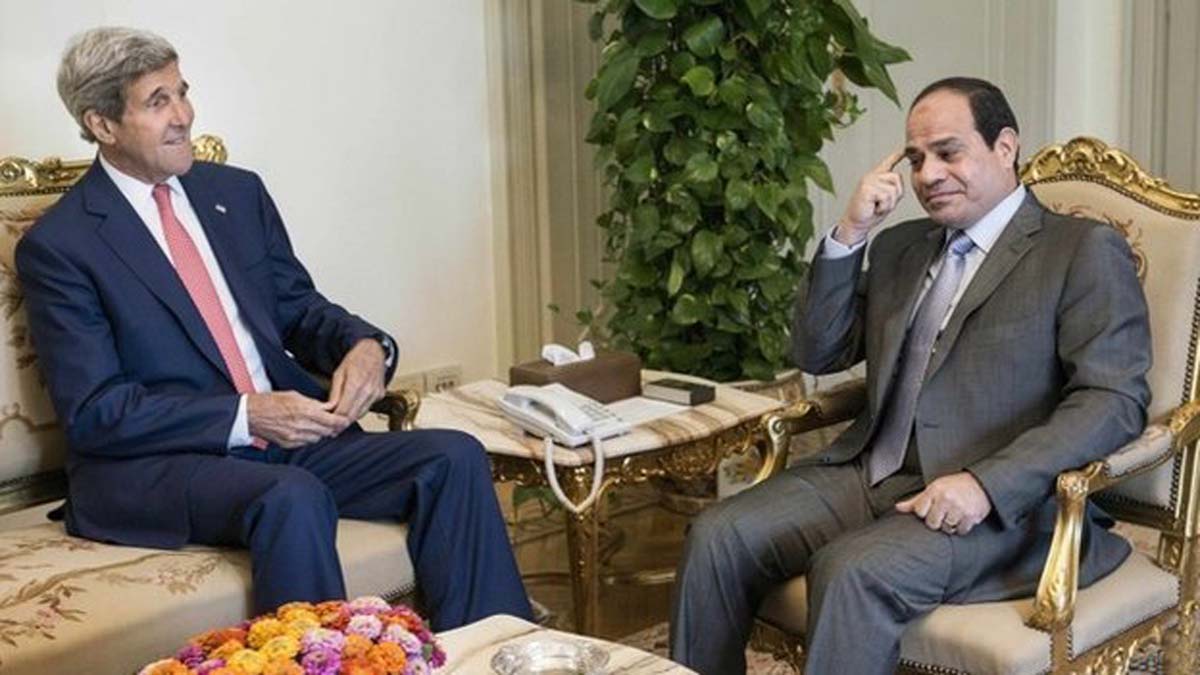 US Secretary of State John Kerry (L) meets with Egyptian President Abdel Fattah al-Sisi at the presidential palace in Cairo on Saturday.

US Secretary of State John Kerry is in Egypt in his campaign to form a broad coalition to tackle Islamic State (IS) militants.Kerry is meeting Arab League chief Nabil al-Arabi and Egypt's President Sisi in Cairo.He has enlisted the support of 10 Arab states so far, including Saudi Arabia and Qatar, but on Friday he ruled out Iran joining the US-led coalition.On Friday, the CIA said IS has as many as 30,000 fighters in Syria and Iraq.IS controls large parts of both countries and its fighters have become notorious for their brutality, but in recent weeks they have been targeted by US air strikes.On Wednesday, President Barack Obama unveiled plans for an expansion of the US campaign against IS.He vowed to "hunt down terrorists who threaten our country, wherever they are."The 10 Arab countries to have signed up to the coalition are: Egypt, Iraq, Jordan, Lebanon, Bahrain, Kuwait, Oman, Qatar, Saudi Arabia, and the United Arab Emirates.In the latest leg of his Middle East tour, Kerry is meeting the Arab League secretary general and Egyptian President Abdul Fattah al-Sisi to discuss how the coalition will act against IS.Kerry says military and intelligence experts will spend the coming days working out how each state will contribute.But speaking in Turkey on Friday, he said it would be "inappropriate" for Iran to join the group because of its "engagement in Syria and elsewhere".Iran has backed the government of President Bashar al-Assad in Syria, while the US and several European and Gulf countries have supported the rebel factions fighting to overthrow him.Kerry held talks with Turkish President Recep Tayyip Erdogan and Prime Minister Ahmet Davutoglu on Friday in an effort to secure more co-operation from the Turkish government in the fight against IS.Turkey has refused to allow the use of its air bases to launch attacks on the jihadist group.The BBC's Jim Muir in Irbil says one reason is that Turkey fears for the lives of nearly 50 Turkish hostages held by the militants, including staff from the consulate in Mosul.Meanwhile, France has offered its support for military action against IS and said it will host international talks on the campaign on Monday.French President Francois Hollande visited Iraq's capital Baghdad on Friday and held a joint press conference with Prime Minister Haidar al-Abadi.