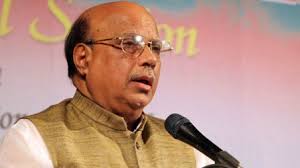 Former health minister Mohammed Nasim has been taken to a surgery after suffering a stroke while being hospitalised from COVID-19.
The formers Ministerâs surgery has been completed successfully, his son Tanvir Shakil Joy confirmed it on Friday.
He said, âMy father's operation completed successfully.â
He also said that the prime minister called the doctors and him to know about his latest condition.â
He asked to the countrymen to pray for his fatherâs speedy recovery.
The senior Awami League leader will be kept in intensive care during the next 48 hours.
Mohammad Nasim was tested positive of Covid-19 after being admitted to Bangladesh Specialised Hospital in Shyamoli with COVID-19 symptoms, including a fever and a cold, on Jun 1.
He was rushed into surgery on Friday after suffering a brain haemorrhage.
Mohammad Nasim, the son of M Mansur Ali, one of the four national leaders killed in jail on Nov 3, 1975, had also served as home minister for the Awami League government in 1996.