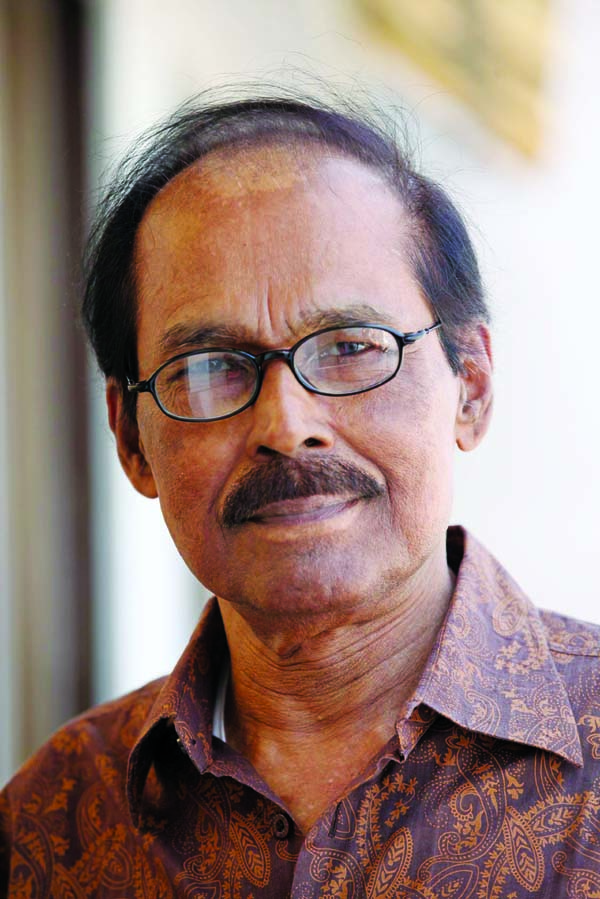 Entertainment Report :
Today is the birthday of countryâs living legend singer Syed Abdul Hadi. He will turn 80 today. He presented many legendary songs in the countryâs music arena. Music-lovers liked his rendered patriotic, modern and play-back songs.
Five years ago, on the occasion of Syed Hadiâs birthday, a special song was released. Title of the song was Tumi Chhuyechho Nilimar Nil. Fahmida Nabi, Muhin, Champa, among others, lent their vocals for the song which lyrics were written by Omar Faruk and music was directed by National Film Award winner noted music director Farid Ahmed. Under the coordination of Ovi Moinuddin the song was released under the banner of Dhruba Music Station.
There is no special plan to celebrate Syed Hadiâs birthday. He does not keep any arrangement in this regard. Everybody wish him - it is his great achievement. Syed Hadi said, âI had never any special plan to celebrate my birthday. I can pass time with my family - thatâs all. It is nothing special to step into 80. It is a natural process. May Allah bless me - it is my expectation.â
Meanwhile, during Coronavirus many music directors requested to Syed Hadi to lend voice maintaining social distance. But he does not come out from home right now. When he was a student of Honours at Department of Bangla in University of Dhaka Syed Hadi first got the opportunity to lend his vocal for play-back song in 1960. Later, he got more scope to render play-back songs in Urdu. In 1964, he first rendered song in Bengali in film Dak Babu. He has maximum number of duet song with Sabina Yasmin. He gave direction of music in film Ferari. He also wrote lyrics of a song for film Tansen. He got the Ekushey Award in 2000.