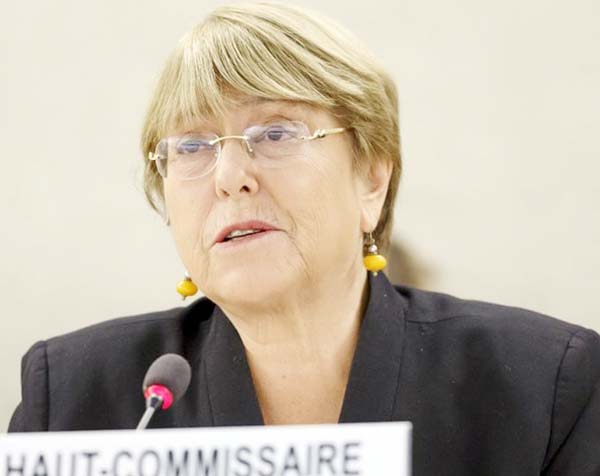 Israel's aim to annex parts of the occupied West Bank is clearly "illegal", the UN's human rights chief said on Monday, warning that the consequences could be "disastrous".
In a move condemned by Israel, Michelle Bachelet added her voice to the chorus urging Prime Minister Benjamin Netanyahu to drop a proposal to annex its West Bank settlements and the Jordan Valley.
"Annexation is illegal. Period," the United Nations High Commissioner for Human Rights said in a statement.
"Any annexation. Whether it is 30 percent of the West Bank, or five percent," she said.
She urged Israel to "listen to its own former senior officials and generals, as well as to the multitude of voices around the world, warning it not to proceed along this dangerous path." International condemnation of the possible Israeli annexations has mounted ahead of July 1, when the Jewish state could take its first steps towards implementing part of a US-proposed Middle East peace plan.
US President Donald Trump's proposals, rejected outright by the Palestinians, pave the way for annexing key parts of the West Bank, including settlements long considered illegal by the majority of the international community. Bachelet urged Israel to shift course, warning that "the shockwaves of annexation will last for decades, and will be extremely damaging to Israel, as well as to the Palestinians".