Need for Environment Research on Sylvatic Cycle in COVID-19 Containment 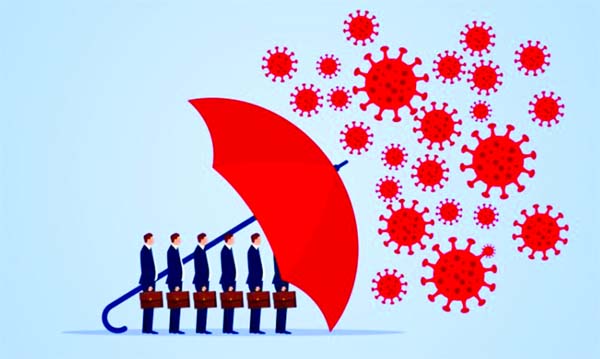 Md Shafiqur Rahman :
Emergence and reemergence of viral diseases is not surprising in today's world. Man-made ecological disturbance of the motherly environment is considered to be one of the important factor for these diseases. Many medically important and emergent viruses are known to originate in non-human primates (NHPs), specially the wildlife and tame animals, which typically show no clinical signs of infection but become viraemic and help maintain the virus in nature.
In most countries in Southeast and East Asia, it is possible to find wet markets, pet markets, restaurants that specialize in wildlife meat, as well as captive breeding facilities that supply an ever-growing demand for rare wildlife products. While most wet markets comply with sanitary standards and do not pose any significant risk to human health, some operate outside of these standards and openly trade in wild and exotic meat, thus increases the threat of local and/or global spread of viral diseases.
In the natural forest habitats of the non-human primates (NHPs), viruses from infected NHPs transferred to another animal is termed as sylvatic transmission cycle. People may become infected if they encroach on forest territory through deforestation, hunting animals, agriculture activities, or urbanization process. This encroachment may appear to be advantageous for a limited number of interlopers, but in the long run much larger number of people suffer due to multiple aftereffects such as viral disease, pollution, environmental imbalance, natural calamityâ¦.
When humans are infected, virus infections can rapidly spread amongst people which is then said to have 'spilled over' into an urban/rural transmission cycle. This is well documented in the case of SARS-COV-2, the virus that causes COVID-19, where ampli?cations in infected NHPs precede and lead to short-lived epidemic affecting local people.
Urban/rural transmission cycles of SARS-COV-2 in densely populated global situation results in explosive epidemics and pandemics. Thus, sylvatic cycles could have important consequences for human infections. The cycle may act as refuge for viruses which enable reemergence once human epidemics have passed and herd immunity in the population has diminished. Further, they might provide conducive environments where new strains of viruses can develop with increased virulence.
It is observed that in Bangladesh and in many other countries, interventions are instituted to control human pandemic/epidemic by attempting to break the dynamics of infection among population, but the importance of intervention to interrupt the sylvatic cycle for more sustained effect is often overlooked. Further research on biological environment is needed to know about the presence of concurrent sylvatic cycle in animals in COVID-19 affected countries. If the sylvatic cycle is present, then strong intervention/interruption in this cycle is urgently needed.
Because of the potential signi?cance of sylvatic cycles, wildlife and livestock researchers should join hands with environment scientists to intensify investigation into the biological and forestry environment to predict and warn of changes that may spark ravaging diseases in human population.
[Md Shafiqur Rahman, PhD, was an Associate Professor of Community Medicine and is currently working as a Consultant in the Directorate General of Health Services of Bangladesh; e-mail: [email protected]]