New role for white blood cells in the developing brain 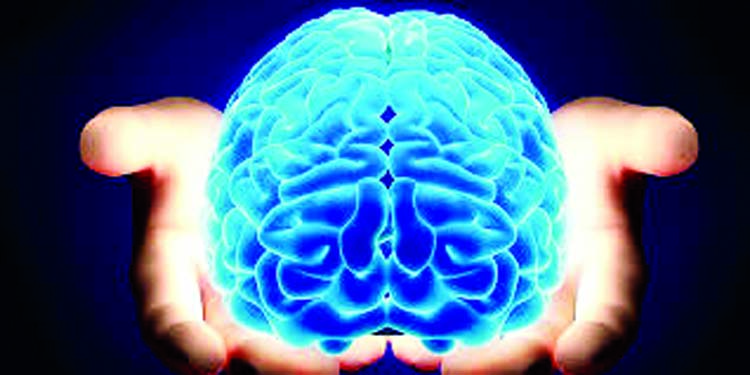 Health Desk :
Whether white blood cells can be found in the brain has been controversial, and their role there a complete mystery. In a study published in Cell, an international team of scientists led by Professor Adrian Liston (Babraham Institute, UK & VIB-KU Leuven, Belgium) describe a population of specialised brain-resident immune cells discovered in the mouse and human brain, and show that the presence of white blood cells is essential for normal brain development in mice.
Like a highly fortified headquarters, our brain enjoys special protection from what is circulating in the rest of our body through the blood-brain barrier. This highly selective border makes sure that passage from the blood to the brain is tightly regulated.
The blood-brain barrier also separates the brain from our body's immune system, which is why it has its own resident immune cells, called microglia, which trigger inflammation and tissue repair. Microglia arrive in the brain during embryonic development, and later on, the population becomes self-renewing.
Yet, white blood cells -- which are part of our immune system -- have been found to play a role in different brain diseases, including multiple sclerosis, Alzheimer's and Parkinson's disease or stroke. Whether or not white blood cells can be found in healthy brains as well, and what they might be doing there, has been subject of intense debate. An interdisciplinary team of scientists led by Prof. Adrian Liston (Babraham Institute and VIB-KU Leuven) set out to find the answers.
White blood cells in the brain
"A misconception about white blood cells comes from their name," explains Dr Oliver Burton (Babraham Institute). "These 'immune cells' are not just present in the blood. They are constantly circulating around our body and enter all of our organs, including -- as it turns out -- the brain. We are only just starting to discover what white blood cells do when they leave the blood. This research indicates that they act as a go-between, transferring information from the rest of the body to the brain environment"
The team quantified and characterised a small but distinct population of brain-resident T helper cells present in mouse and human brain tissue. T cells are a specific type of white blood cells specialized for scanning cell surfaces for evidence of infection and triggering an appropriate immune response. New technologies allowed the researchers to study the cells in great detail, including the processes by which circulating T cells entered the brain and began to develop the features of brain-resident T cells.
Dr Carlos Roca (Babraham Institute): "Science is becoming increasingly multidisciplinary. Here, we didn't just bring in expertise from immunology, neuroscience and microbiology, but also from computer science and applied mathematics. New approaches for data analysis allow us to reach a much deeper level of understanding of the biology of the white blood cells we found in the brain."
An evolutionary role
When T helper cells are absent from the brain, the scientists found that the resident immune cells -- microglia -- in the mouse brain remained suspended between a fetal and adult developmental state. Observationally, mice lacking brain T cells showed multiple changes in their behavior. The analysis points to an important role for brain-resident T cells in brain development. If T cells participate in normal brain development in mice, could the same be true in humans?
"In mice, the wave of entry of immune cells at birth triggers a switch in brain development," says Liston. "Humans have a much longer gestation than mice though, and we don't know about the timing of immune cell entry into the brain. Does this occur before birth? Is it delayed until after birth? Did a change in timing of entry contribute to the evolution of enhanced cognitive capacity in humans?"
The findings open up a whole new range of questions about how the brain and our immune system interact. "It has been really exciting to work on this project. We are learning so much about how our immune system can alter our brain, and how our brain modifies our immune system. The two are far more interconnected than we previously thought," says Dr Emanuela Pasciuto (VIB-KU Leuven).
The study also brings in a connection with the gut microbiome, says Liston: "There are now multiple links between the bacteria in our gut and different neurological conditions, but without any convincing explanations for what connects them. We show that white blood cells are modified by gut bacteria, and then take that information with them into the brain. This could be the route by which our gut microbiome influences the brain."
Taken together, the results contribute towards the increasing recognition of the role of immune cells in the brain and shed new light on its involvement in a range of neurological diseases.