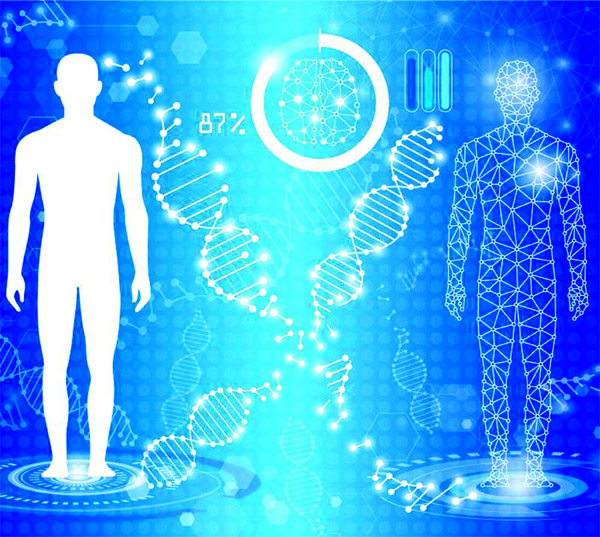 Health Desk :
A study has revealed how poor management of blood glucose levels in people with type 1 diabetes can increase their risk of complications decades later.
New research explores how metabolic memory may increase the risk of type 1 diabetes complications.
In 2016, around 1.3 million adults in the United States, about 0.55% of the adult population, had type 1 diabetes, according to the Centers for Disease Control and Prevention (CDC).
Early in the course of the disease, the immune system destroys cells in the pancreas that produce insulin.
As a result, people with the condition are unable to generate enough insulin to regulate the amount of glucose, or sugar, circulating in their blood.
Over time, high levels of blood glucose, an issue called hyperglycemia, can damage tissues all over the body, including in the eyes, kidneys, nervous system, and cardiovascular system.
Even if a person regulates their blood glucose later in life, early episodes of poor glycemic control can have permanent effects, increasing the risk of developing complications.
Doctors have long recognized this phenomenon, known as metabolic memory, but its causes have been poorly understood.
Research involving animal models of diabetes had implicated epigenetic changes, which affect the activity of particular genes without altering their DNA sequences. The changes can result from disease or factors relating to a person's environment or lifestyle.
However, direct evidence that epigenetic changes influence the risk of diabetes complications in humans has been lacking.
Now, however, scientists led by a team from the Beckman Research Institute of City of Hope, in Duarte, CA, have discovered a strong association between early episodes of poor glycemic control, epigenetic changes, and diabetic complications years later.
The research appears in the journal Nature Metabolism.
Genetic switches and type 1 diabetes
The scientists profiled a type of epigenetic modification called methylation in DNA from cells in archived blood samples. Methylation switches off genes, preventing them from producing the proteins that they encode.
The blood samples were collected some 2 decades earlier, from patients with diabetes who were closely monitored as part of the Diabetes Control and Complications Trial (DCCT). This study showed that people who kept their blood glucose levels close to the normal range had significantly fewer diabetic complications during the 10 years of the study.
The researchers behind the current investigation analyzed the DNA in samples from 499 randomly selected DCCT participants who had been subsequently included in a follow-up study, called Epidemiology of Diabetes Interventions and Complications.
They looked for associations between how well the patients controlled their blood glucose during the earlier trial, DNA methylation at the end of that trial, and the development of diabetic complications over the next 18 years.
Specifically, they focused on damage to the retina of the eye, called retinopathy, which can lead to blindness, and damage to the kidneys, called nephropathy, which can lead to kidney failure.
The team found associations between early blood glucose control and methylation at 186 sites in the participants' DNA. Many of these sites were in genes known to be involved in diabetic complications.
The epigenetic changes collectively accounted for at least 68% of the association with subsequent diabetic retinopathy and up to 97% of the association with diabetic kidney disease.
In other words, the findings suggest that epigenetic changes in DNA are what constitute metabolic memory in people with type 1 diabetes.
Future plans
The findings open up a range of possible ways to improve diabetes treatments.
Doctors could one day use epigenetic changes as an early warning of future complications, prompting them to recommend preventive measures.
In addition, the genes affected by DNA methylation provide pointers for novel drug targets to treat or prevent complications. Prof. Natarajan is collaborating with Nagarajan Vaidehi, chair of the Department of Computational and Quantitative Medicine at the institute, and her group to explore these possibilities.
Also, Prof. Natarajan and Zhuo Chen, who led the current study, plan to investigate the epigenetics of other long-term complications of type 1 diabetes.
In addition, they will look at possible ways to reverse DNA methylation in people with the condition, potentially "erasing" the metabolic memories that can lead to complications years later.