An update on dengue vaccines 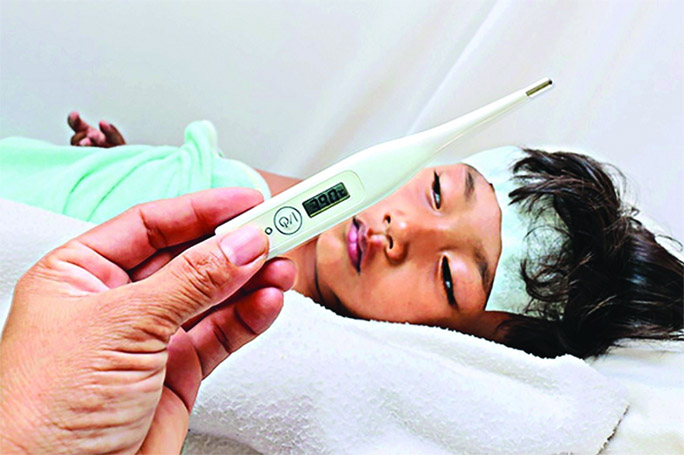 Dr. Muhammad Torequl Islam :
The world's most common arbovirus infection, dengue, causes an estimated 50 to 100 million new infections, with 9,000 to 20,000 deaths each year. The number of infections has doubled every decade since 1990. In Bangladesh, in terms of infection and death, the record from 2018 to 2019 was eye-catching. Even its signs and symptoms have changed considerably compared to the previous years. Outbreak of dengue has been restarted in this country along with the severe acute respiratory syndrome coronavirus 2 (SARS-CoV-2) outbreak. By considering global health, an efficient control strategy for the treatment of dengue is very important.
There is no alternative to vaccination to eradicate infectious diseases, especially viral infections, therefore, an effective anti-dengue vaccine is urgently needed. However, the whole world is now working to control the SARS-CoV-2 infection. In this case, the development process of all other vaccines, including dengue vaccine, may be somewhat disrupted.
Nevertheless, we continue to look for an effective dengue vaccine. The Butantan Institute (Sao Paulo, Brazil) is the largest producer of immunobiological products in Brazil and Latin America, relentlessly striving to develop a dengue vaccine with a balanced humoral and cellular immunological response.It is hoped that this vaccine will be able to provide long-term and equal protection against the four serotypes of dengue (DENV-1-4).
Major milestones in the development of the dengue vaccine have been uncovered since Albert Sabin first determined the effectiveness of the vaccine in New Jersey in 1945.The one and only Food and Drug Administration (FDA) approved the dengue vaccine, CYD-TDV, sold under the brand name Dengvaxia made by Sanofi Pasteur is now available in many countries.
It is a live attenuated tetravalent chimeric vaccine made by using recombinant DNA technology by replacing the PrM (pre-membrane) and E (envelope) structural genes of the yellow fever attenuated 17D strain vaccine with those from the dengue serotypes (except DENV serotype 5). Other vaccines under development are: DENVax/TAK-003 (recombinant chimeric vaccine with DENV-1, -3, and -4 components on the DENV-2 backbone, developed at Mahidol University in Bangkok), TetraVax-DV (tetravalent admixture of monovalent vaccines, being tested in phase II trial in Thailand and Brazil), TDEN PIV (inactivated tetravalent vaccine, undergoing phase I trials by GSK and the Walter Reed Army Institute of Research), V180 (recombinant subunit vaccines expressed in Drosophila cells, undergoing phase I trial by Merck (22), and DNA vaccines (The Naval Medical Research Center attempted to develop a monovalent DNA plasmid vaccine). Non-structural proteins (e.g., NS1, NS3, NS5) can be targeted to develop novel vaccine strategy. Two more vaccines are in the 3rd stage of larger global trials.
These vaccines are thought to provide equal protection against all four dengue serotypes while inhibiting antibody-dependent growth.
Researcher Asper Callas and his colleagues conducted a second-stage clinical trial on 300 volunteers (Phase 2, double-blind, randomized placebo-controlled) on the Butantan-DV (live-attenuated dengue virus) vaccine and confirmed its safety and effectiveness. In that study, the vaccine was well-received by the volunteers without any serious side effects.
According to the results of this trial, the vaccine is able to build balanced resistance against all serotypes of dengue. However, a review of in-vitro neutral antibody responses still requires a third stage of clinical trials to ensure that it has a balanced effect against dengue.To be noted that, the results of this trial have been published using the effective PRNT50 assay which also has some limitations.
PRNT50 Assay is currently considered the "gold standard" for antibody detection and measurement that can neutralize viruses responsible for many diseases.
The sensitivity of this test method is higher than that of hemoglutination and many other commercial enzyme immunoassays. Moreover, it is more popular than other serological methods for diagnosing many arboviruses. However, it is quite complex and time consuming compared to EIA kits. We need to wait for a few days for this assay results, on the other hand using EIA kits we can get results in just a few minutes to hours.
The problem that has recently been identified with this assay method include - neutralization capacity of antibodies depends on the stage of virus maturation and the type of cell used in the test. Thus, even using the wrong cells, antibodies have the ability to neutralize when they do not actually do so or on the contrary, they may seem ineffective even though they actually have the ability to neutralize.
Upon going through the above information, it can be said that it will still take a long time for a successful dengue vaccine to reach the general public in the affected countries and regions worldwide. Much awareness is necessary about the deadly dengue during the Covid-19 pandemic as it has taken a more dangerous form than in the past; its signs and symptoms have been also changed yearly.
At present many districts of Bangladesh are waterlogged, which can play a helpful role in dengue vector production. Basically, if the dengue infection is linked to the Covid-19, the situation will be very difficult to deal with. So, it is our wish that the activities of the corona vaccine as well as dengue vaccine should be accelerated.