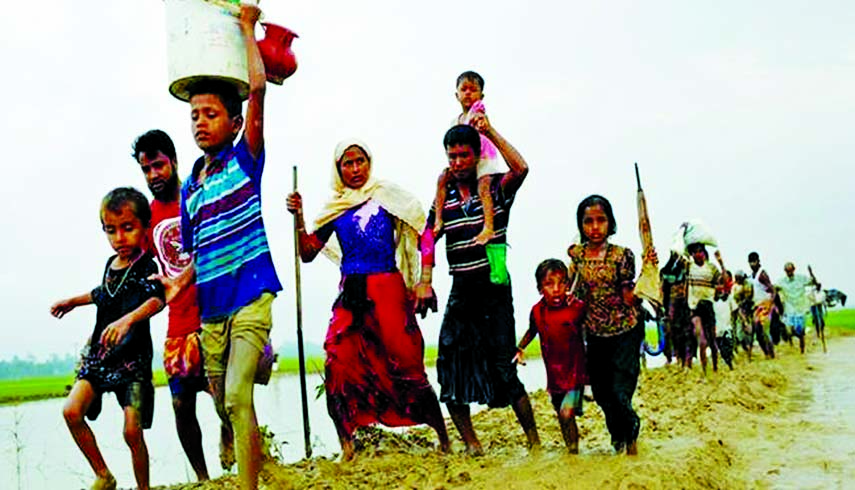 This file photo shows waves of Rohingyas fleeing on foot to Bangladesh in an unprecedented exodus following a deadly military crackdown in their homeland in Myanmar in 2017.