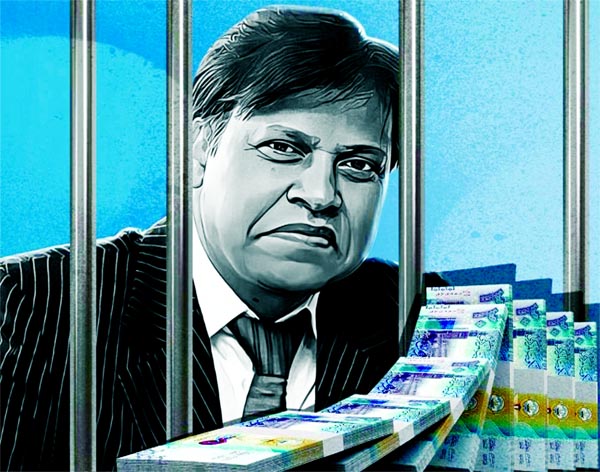 News Desk :
A Kuwait court has rejected Laxmipur-2 lawmaker Shahid Islam Papul's plea for release after the hearing of a case accusing him of human trafficking, money laundering, bribing and threatening the state security.
Kuwait's Criminal Court headed by Counsellor Abdullah Al-Othman on Thursday also decided to postpone the trial of the accused in the case until October 1, reported Kuwait-based Arabic newspaper Al Qabas.
The court further detained three other Bangladeshi nationals accused in the case, who were previously released from the prosecution.
Kuwaiti MPs Saadoun Hammad, Salah Khorshid, along with Shahid Islam, who were accused of taking bribes to facilitate Papul's businesses in Kuwait, were not present during the hearing on Thursday.
MP Papul has denied his link with these two Kuwaiti MPs.
The hearing began at Kuwait time 3:18pm (Bangladesh time 6:18pm). The case has been much talked about in the Arab world as well as in Bangladesh also.
A total of 13 people were accused in the case but four were later exempted during the investigation.
Major General Mazen Sheikh Mazem Al Jarrah, assistant under-secretary of the Interior Ministry in Kuwait, is also among the accused.
Kuwait's Criminal Investigation Department arrested MP Shahid Islam, also the managing director and CEO of Marafie Kuwaitia Group, over accusations of charging each foreign worker, mostly from Bangladesh, up to 3,000 dinars in exchange for taking them to Kuwait.
Many of the workers alleged that they were not provided the jobs and wages as promised.
Papul has since confessed to bribing Kuwaiti officials millions of dollars for recruiting Bangladeshi workers and getting contracts for his company.
Meanwhile, Bangladesh's Anti-Corruption Commission (ACC) opened an inquiry into the allegation that Shahid amassed Tk 1,400 crore by trafficking people to Kuwait and laundered the money to different countries.
The ACC said the inquiry was to look into the charges of loan forgery and money laundering by the NRB Commercial Bank Director Shahid Islam, his wife Selina, their daughter Kazi Wafa Islam and Selina's sister Jesmin.
On July 17, the ACC imposed a ban on foreign travel on all of them saying that the embargo would be implemented for Shahid after his return to the country.
Sources said Shahid earned huge black money through his business, which also included human trafficking, and spent crores to buy the ticket to become a lawmaker from Laxmipur-2 Constituency in the 2018 national elections.
It is alleged that in the same way, his wife Selina Islam also became an MP from women's reserved seat at the Parliament.