Bangladesh universities were recovering from years of gap. Then came COVID-19 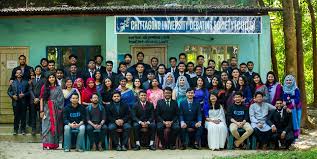 The public universities in Bangladesh had been conducting their academic activities without hindrances thanks to the absence of significant political disturbances. Still, the coronavirus crisis has reversed their hard-fought gains.
After the 66-day lockdown designed to stem the spread of the disease, offices, courts, factories, malls, shops and public transport reopened gradually. Educational institutions have remained closed, with no specific details on when the face-to-face classes and exams will resume.
The public universities began holding online classes a month after the shutdown, but they are yet to decide on exams.
Uncertainty weighed on the students, some of whom were about to finish their study when the shutdown began.
As the academies still await a decision about reopening, the pupils stare at a six-month to one-year delay to their plans to end higher studies, thus the beginning of their career.
The universities are working on cutting the gap, but many of the teachers see no way to regain the lost months.
The 1980s and 90s witnessed some of the worst politically unstable and violent times on the campus that shut universities time and time again, leaving students floundering amidst the gap which they call session jams.
The last time the universities remained closed for a long time â three months â due to political instability was during the 2013-14 elections.
Now the session jam menace looms over the universities once again as the extensive pandemic-induced closure of the academies is brutally nullifying five years of efforts to fill the gap.

INEVITABLE
Although most public universities of the country, including the four autonomous ones, are running online classes, the student attendance is thin. Exams are a hassle, but the evaluation is far more complicated.
The students living in remote areas suffered from slow internet, while some do not have suitable devices for remote learning.
Additionally, with the campuses shut for a long time, uncertainty and frustration cloud the minds of those who had exams coming up or were in the middle of exams during the lockdown.
Saziduzzaman is an undergrad student at the Department of Journalism and Media Studies in Jahangirnagar University. Right before the government announced the shutdown, he sat for his annual exams and was able to take just one exam of his nine courses.
He has no idea when he will be able to take the remaining tests.
"The session begins in January and ends in December in other universities. But as ours begin in March, there is always this invisible session jam of three months. We can't tell how long it will take because of the coronavirus. We've lost a year," he said. Muhseen Ahmed, a postgraduate student of international relations at the University of Dhaka, was supposed to sit for the second-semester exams by this year to wrap up his university studies. But the pandemic shattered his hopes of taking the exams.
Tasnuba Tahsin, a fourth-year undergraduate student of Chattogram University's communication and journalism department, is happy with the pace of progress in online classes, but says they still do not favour taking the exams immediately after the reopening.
"It will put us in a session jam. Overall, we are passing the days in uncertainty," she said.

WHAT THE UNIVERSITIES ARE PLANNING
Many officials also believe that a session jam is unavoidable, but covering the loss is also possible in some unorthodox methods, such as reducing a semester or annual curriculum, cutting holidays and holding extra classes.
Prof ASM Maksud Kamal, pro-vice chancellor of Dhaka University, hopes the students will not fall into a serious session jam problem.